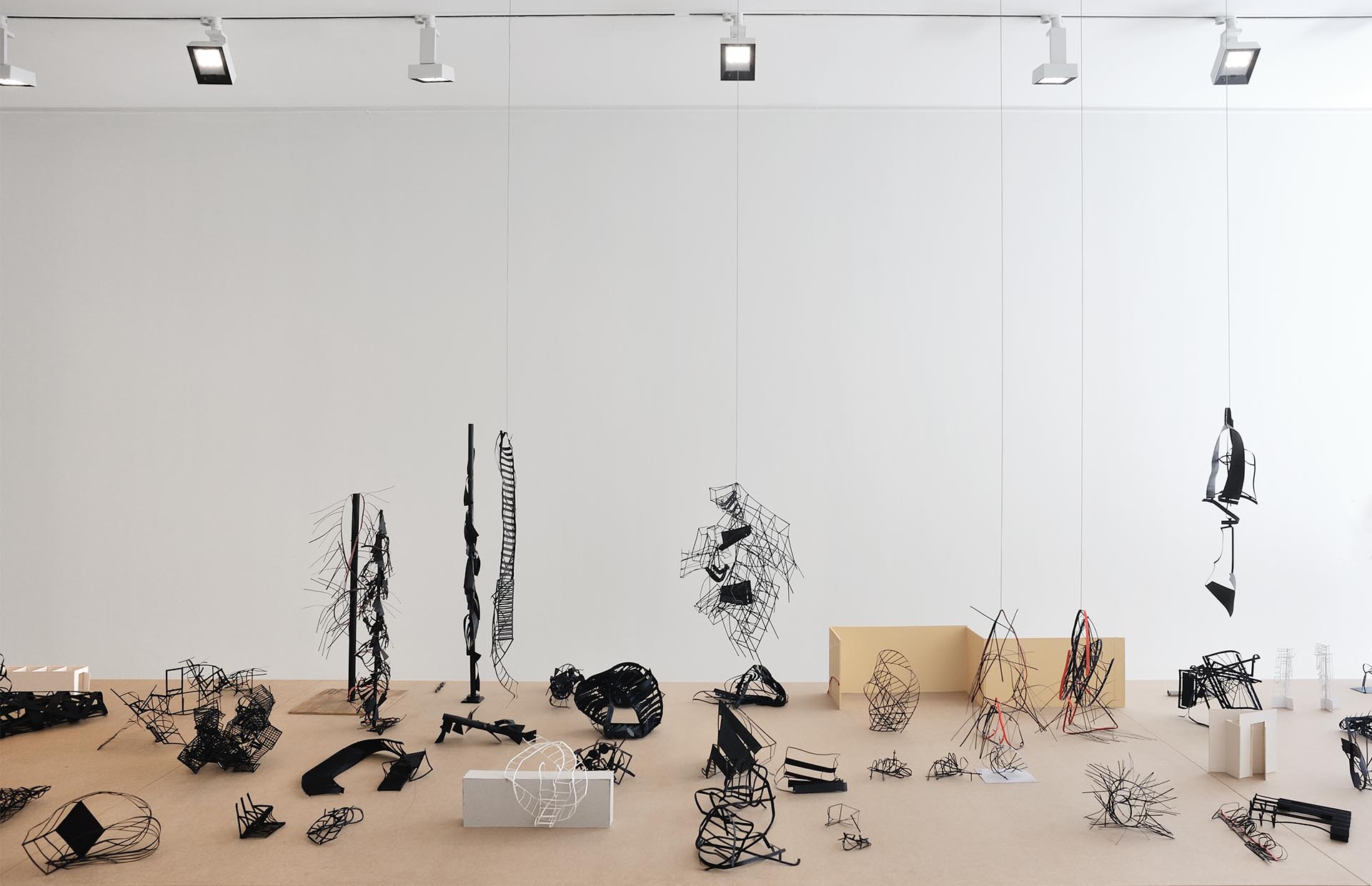 Cahiers d’Art presents a solo exhibition of the work of Monika Sosnowska, focusing on the paper models the artist has created since 2008.  Included in the exhibition is a series of sophisticated maquettes produced during a Sosnowska’s three-month residency at the Atelier Calder in Saché. Inspired by found architectural elements that she presents as distorted and detached from their common utility, Sosnowska’s models disorient the viewer by questioning awareness of form and space. She challenges the viewer to envision the architecture on which her work is based, while simultaneously contemplating the process through which the work gains an “autonomous sculptural identity.” She will later enlarge these models into full-size sculpture.

In addition to the paper maquettes, Sosnowska produces a special edition lamps for Cahiers d’Art, based on Portuguese designs from the 1970s. In contrast to the original lamps, which were spray-painted white to give off an elegant diffused light, Sosnowska paints her lamps roughly, with a brush and white enamel paint. When the light is off, the lamp appears flawlessly white, but when the lamp is illuminated, the imperfections become visible, recalling an old-fashioned method of painting advertisements on shop windows, which from the street look perfect, but when viewed from inside the store, against the light, reveal the accidental imperfections of this method of painting. 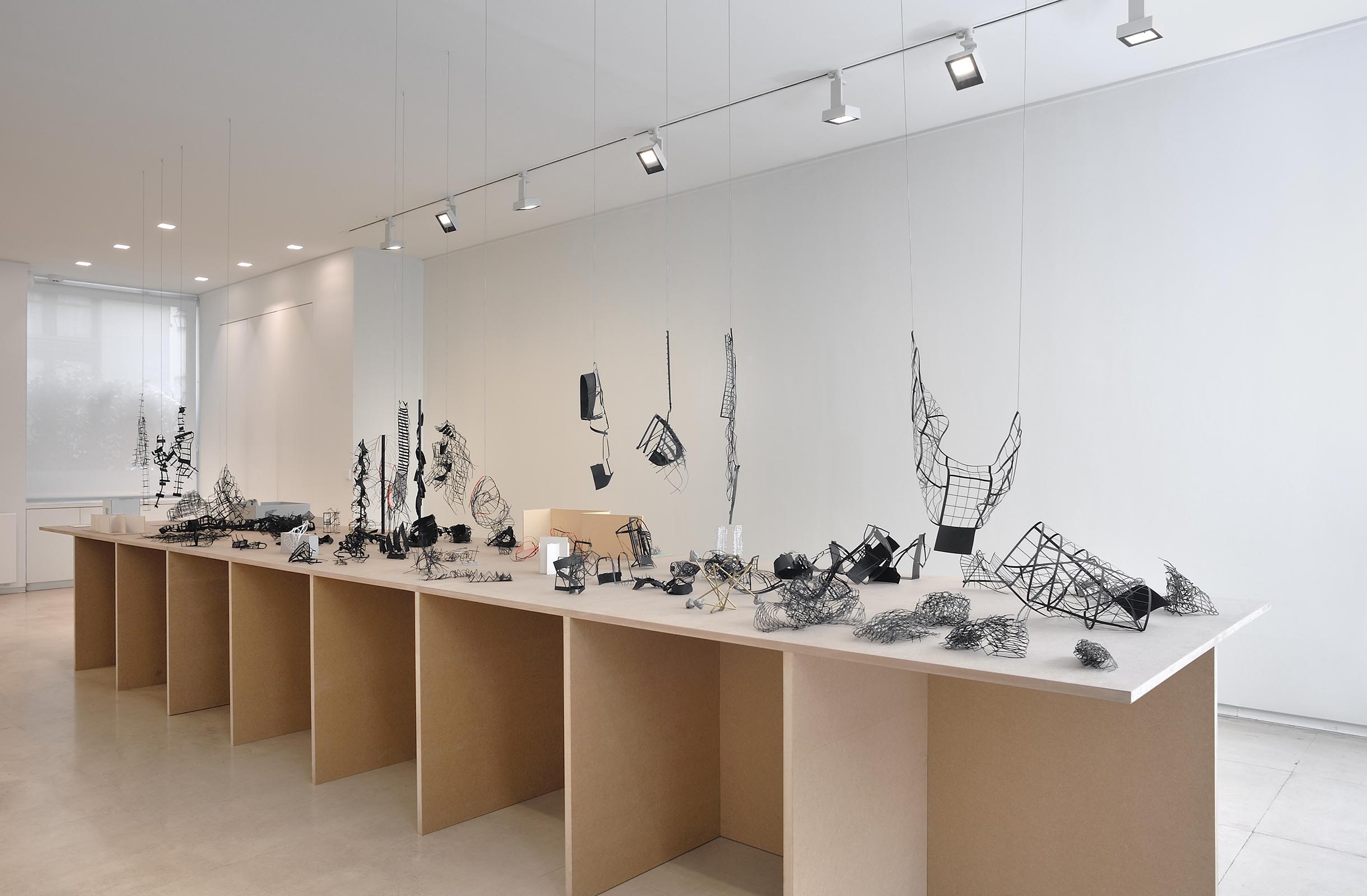 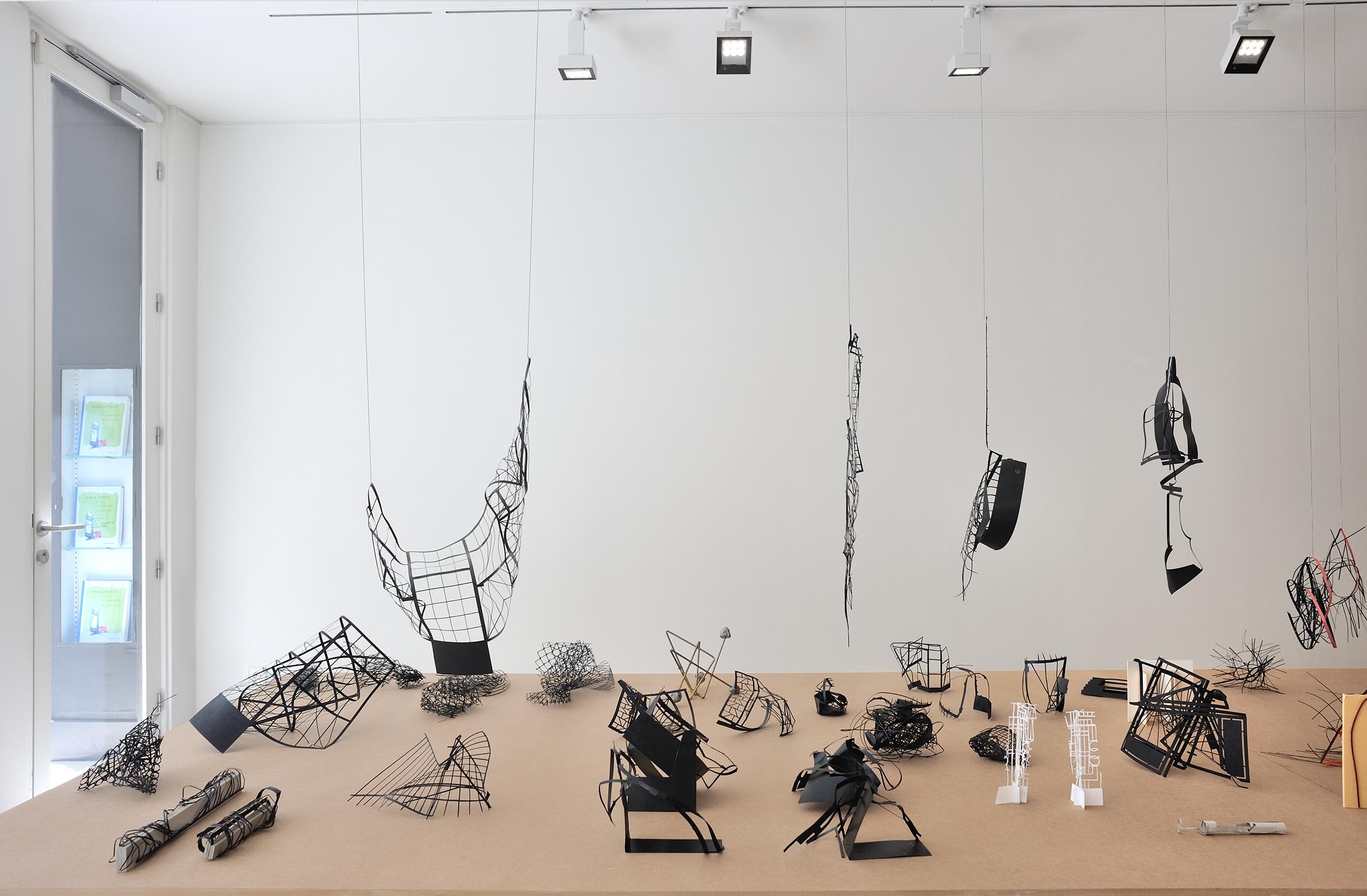 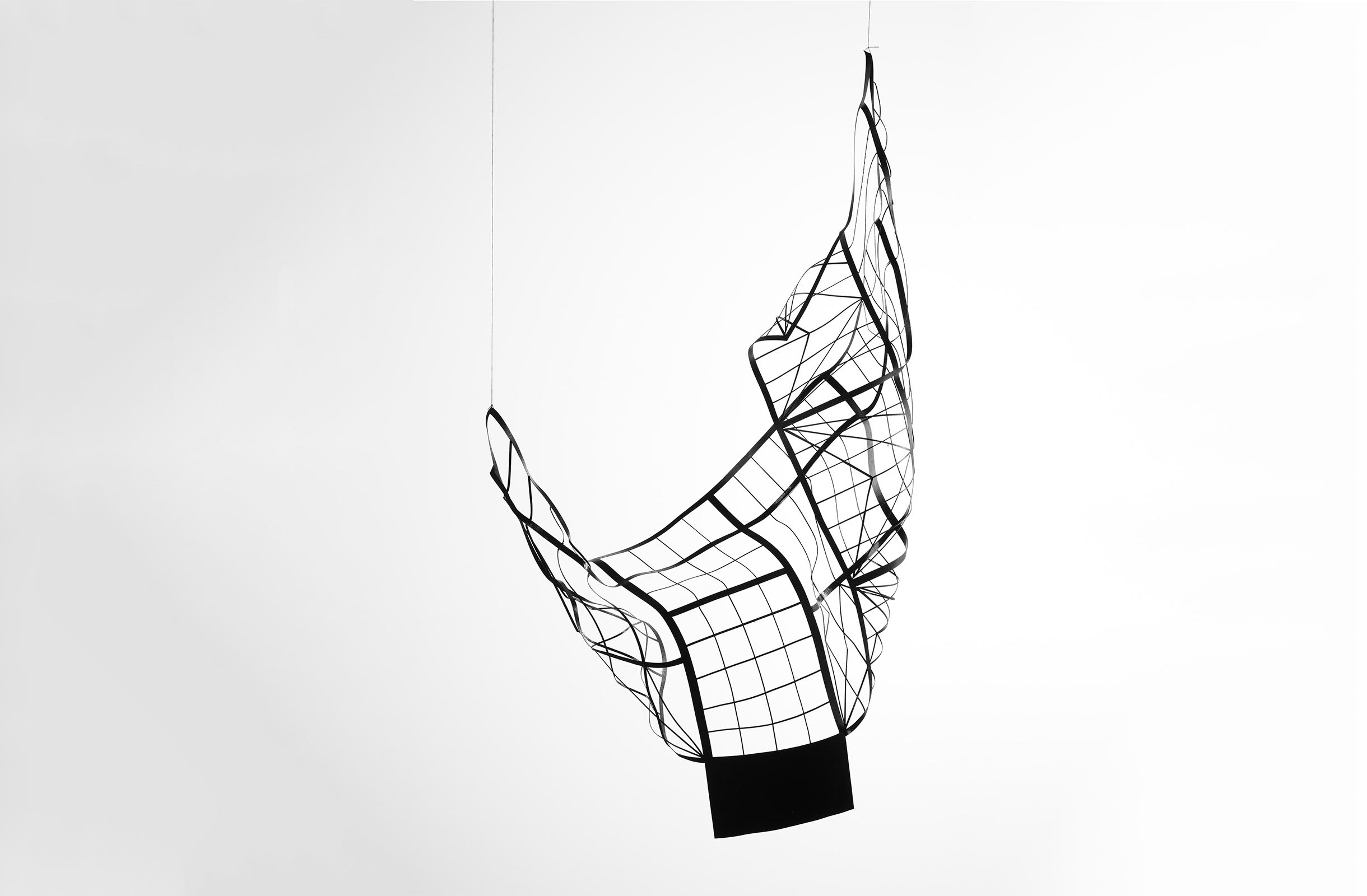 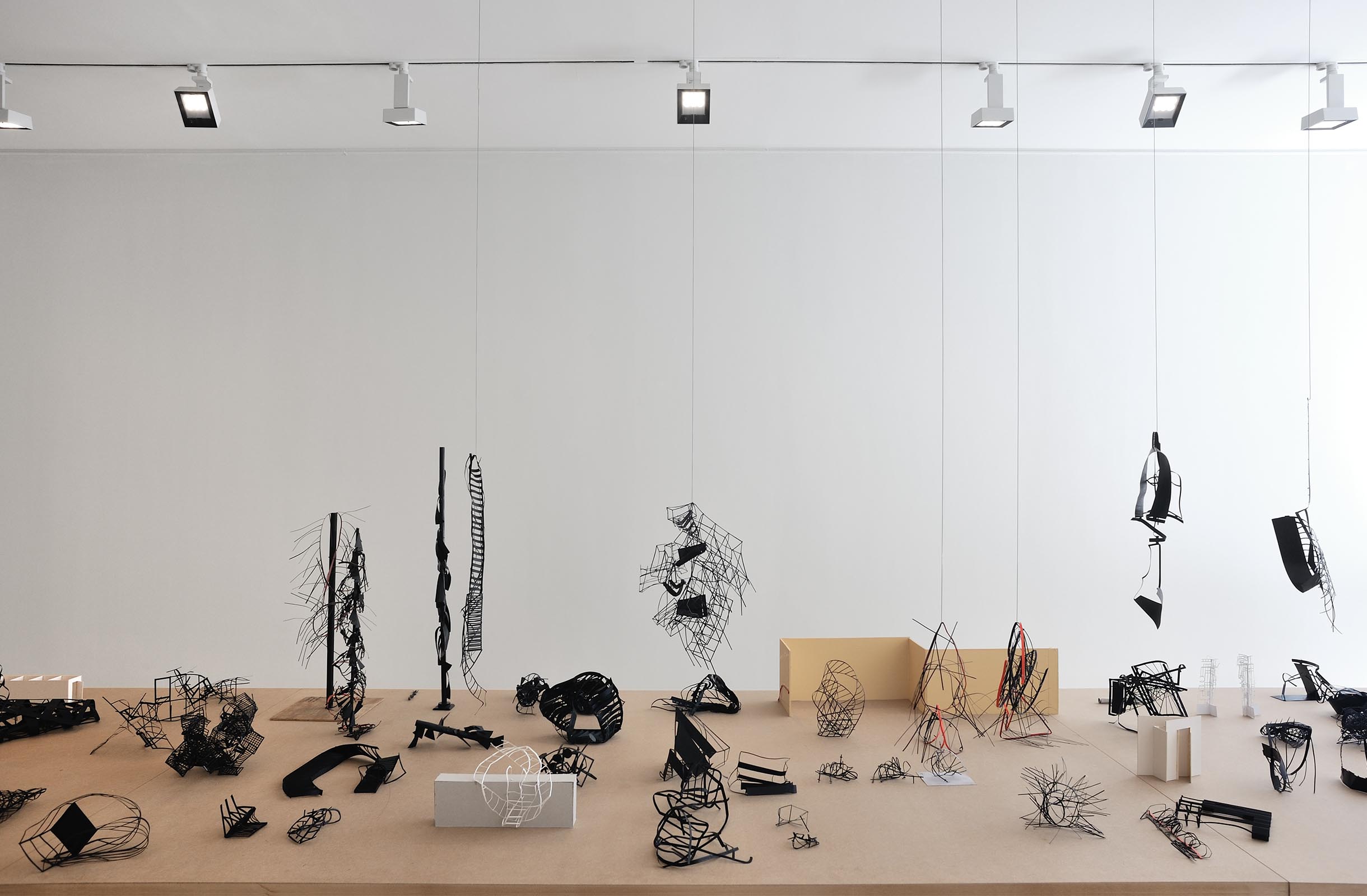 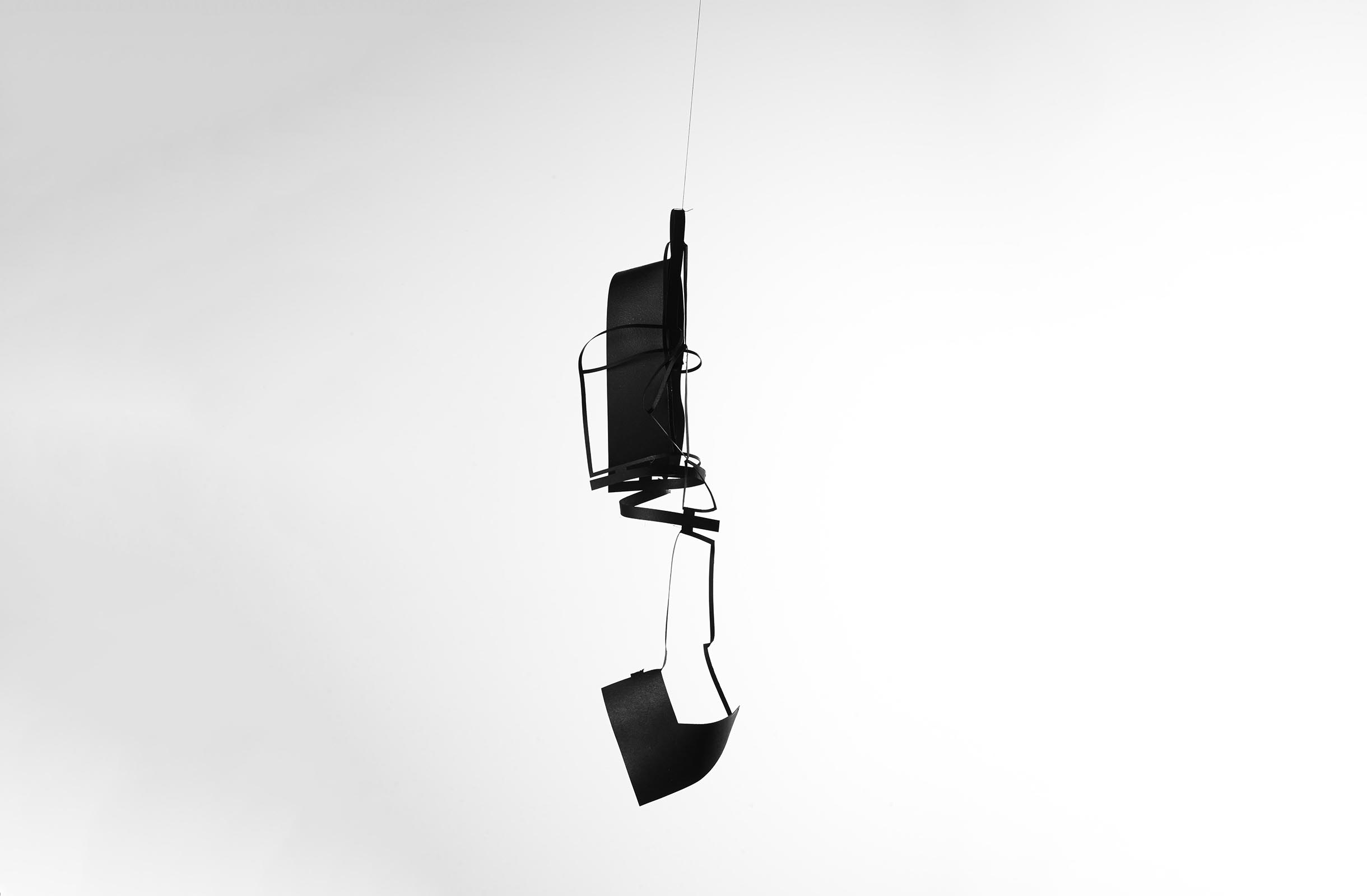 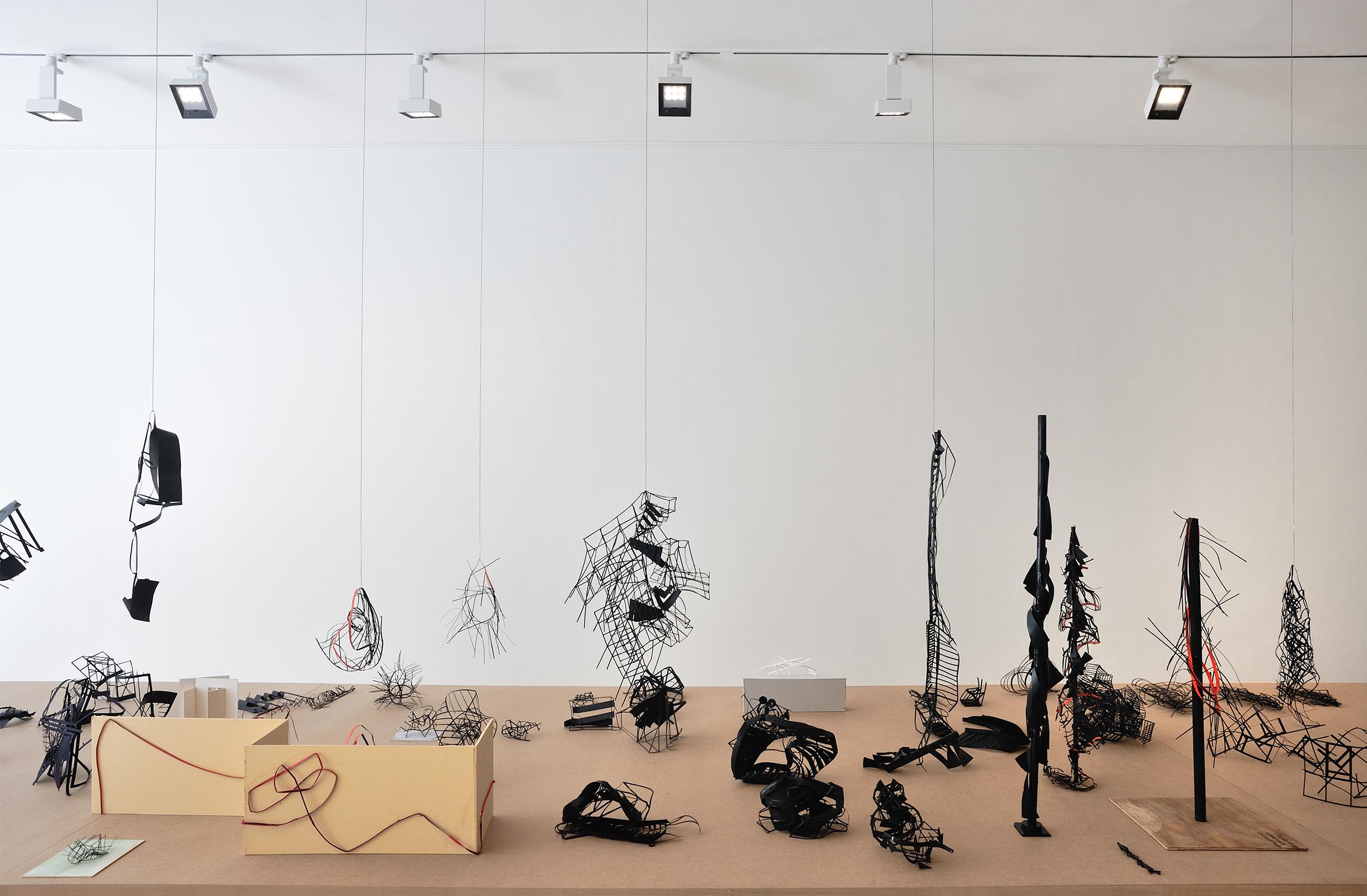 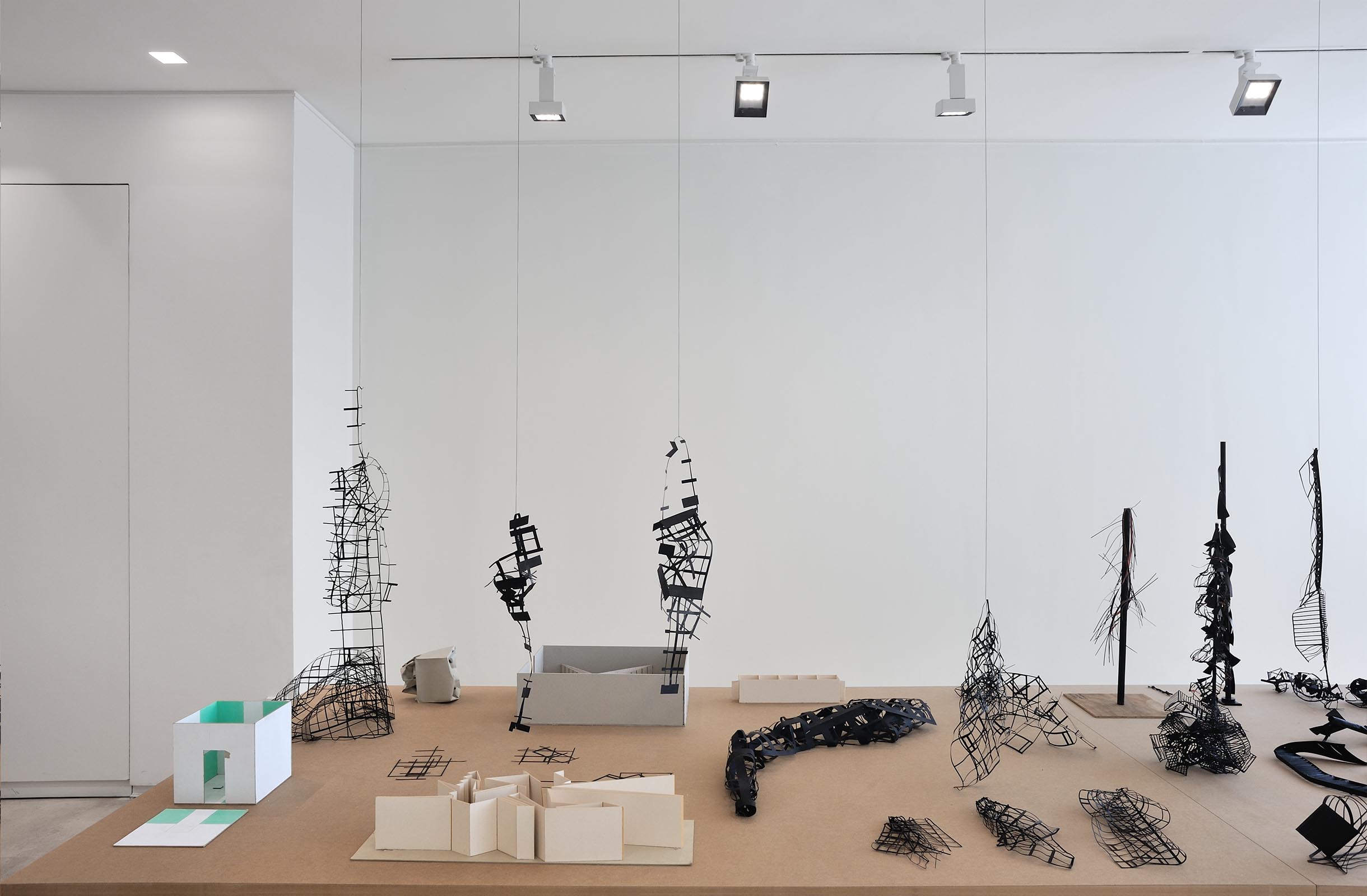 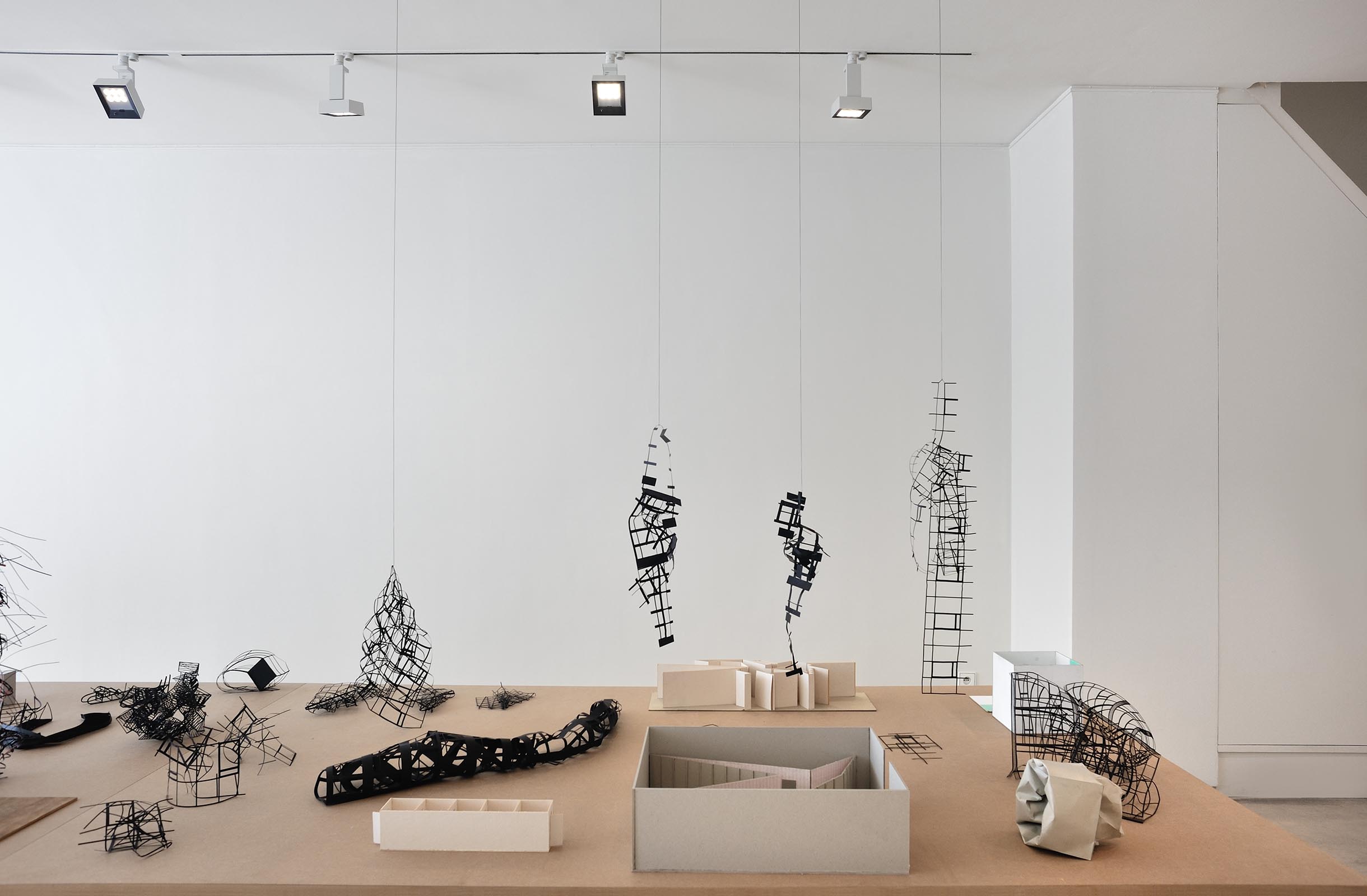 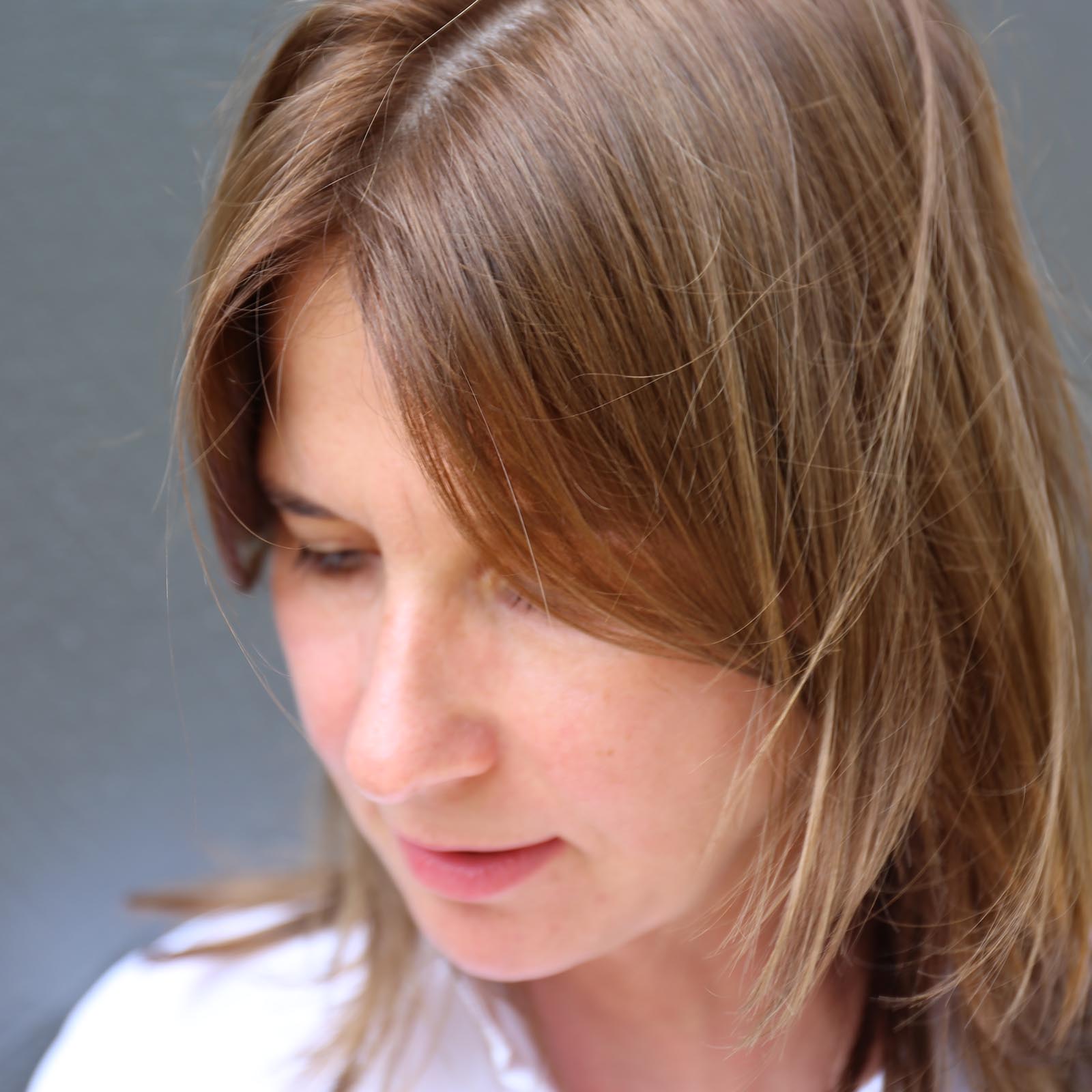 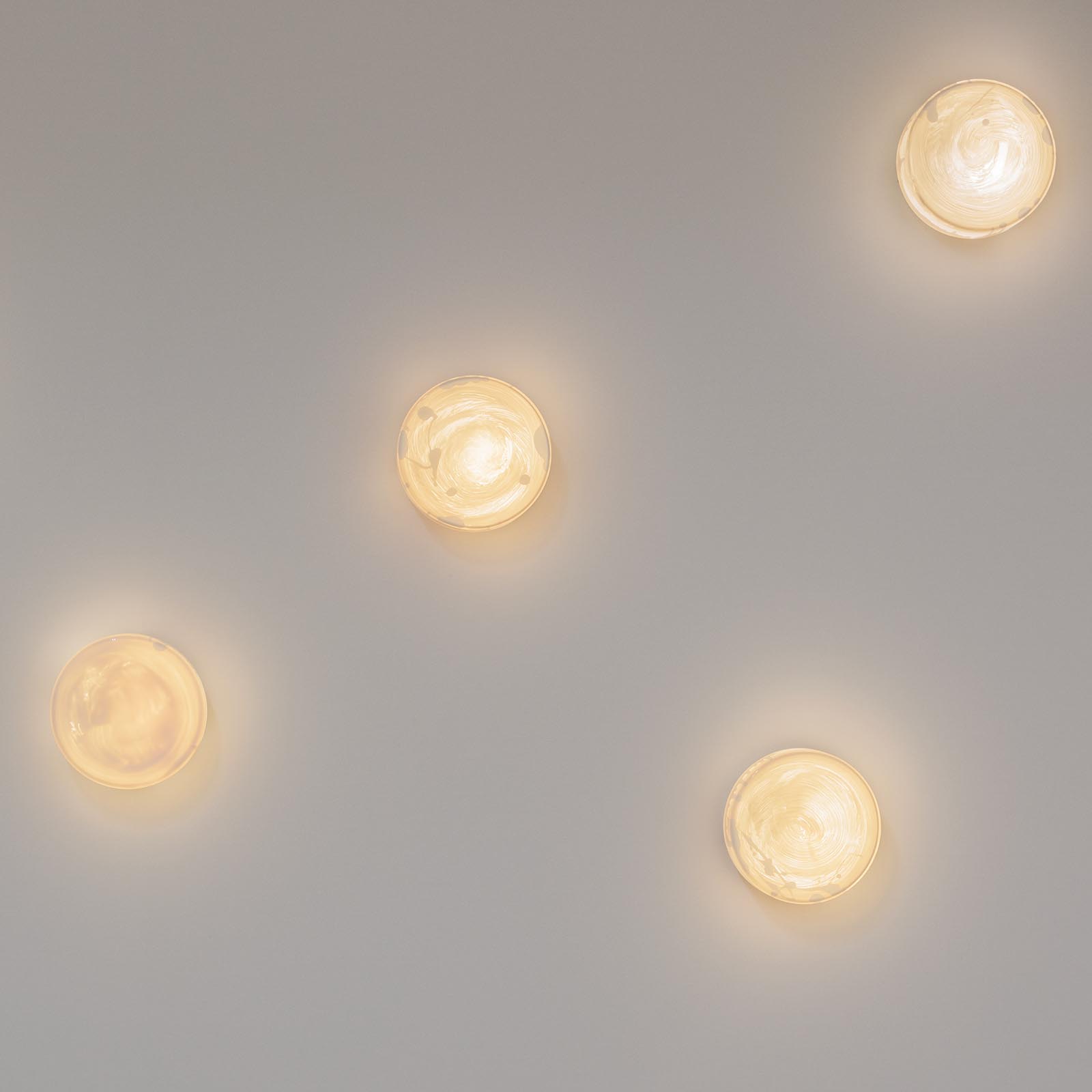 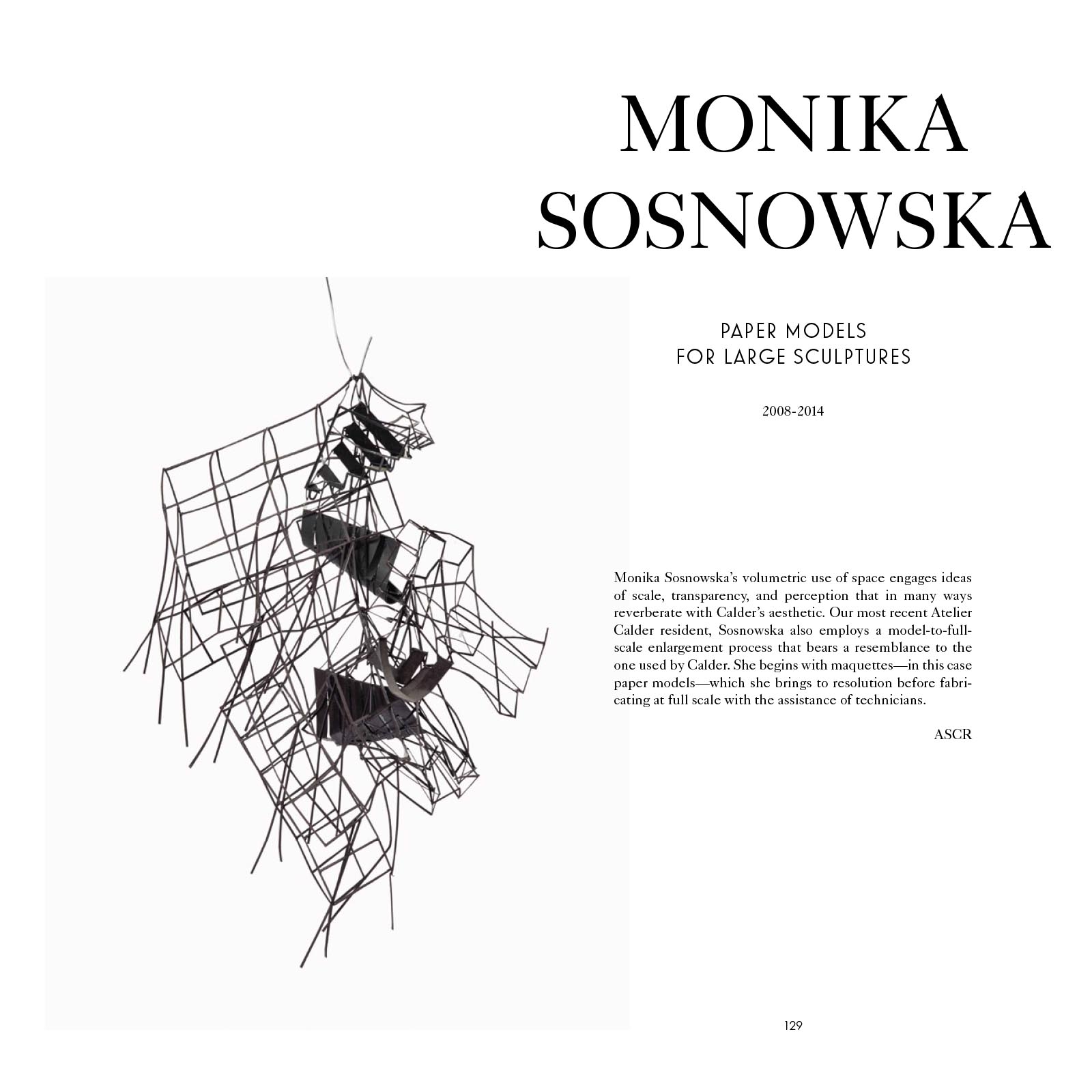 3
We use cookies on our website to give you the most relevant experience by remembering your preferences and repeat visits. By clicking “Accept All”, you consent to the use of ALL the cookies. However, you may visit "Cookie Settings" to provide a controlled consent.
Cookie SettingsAccept All
Manage consent