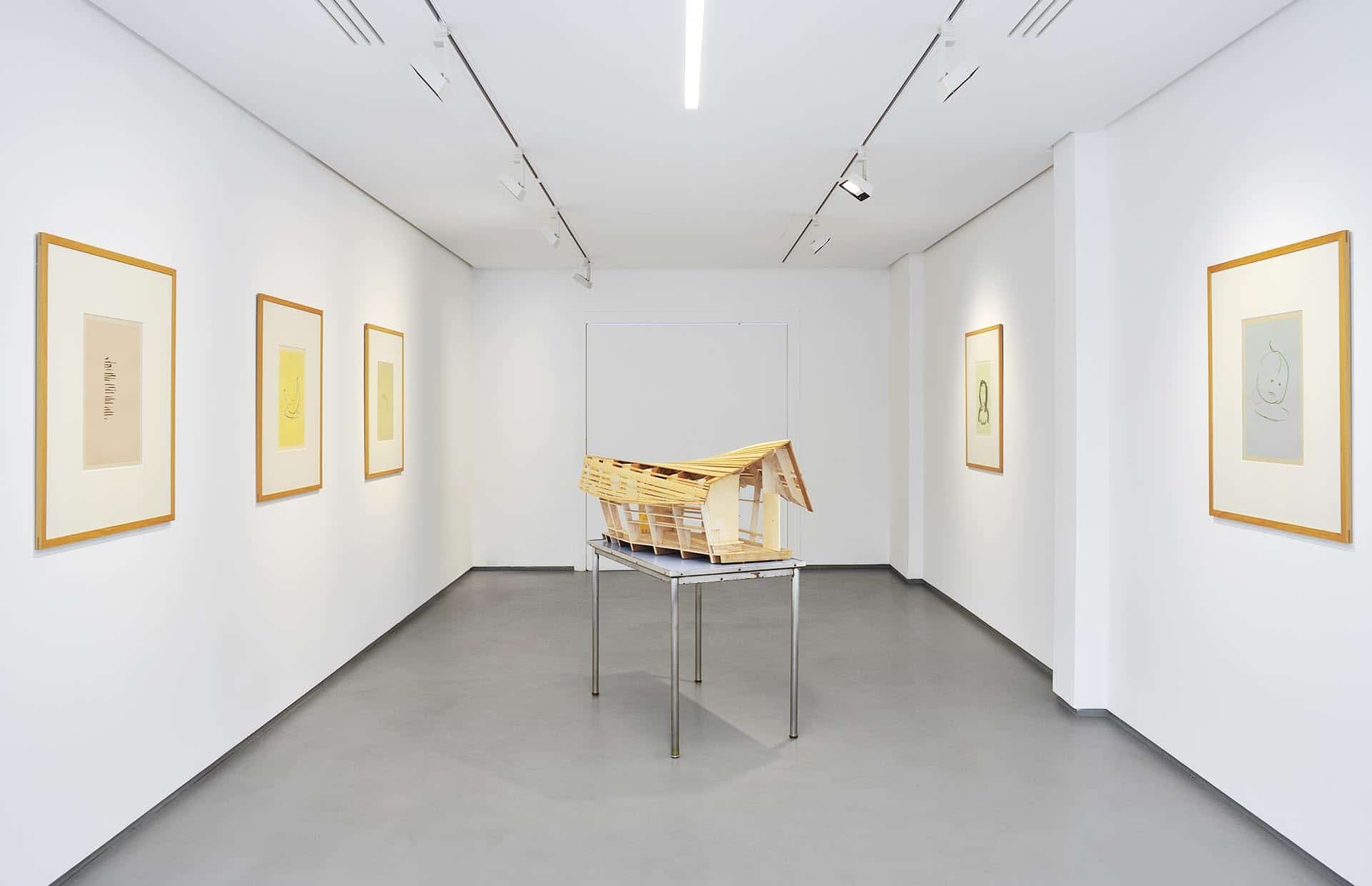 Walser was an important influence on both Young and Thomas Schütte, and Young had invited the artist to participate in a series of exhibitions called In the Spirit of Walser before his gallery closed in 2012.  Schütte’s exhibition at Cahiers d’Art pays tribute to Walser by combining a series of 20 small watercolors inspired by Walser’s poems made in 2012 and 2013 and an aluminum sculptural bust of Walser’s wife, together with a portfolio of seven new etchings on vintage paper, specially produced in an edition of 35 for Cahiers d’Art.

The ensemble of intimate and delicate watercolors chosen by Schütte depict moments from his everyday life, simultaneously ironic and poetic, and the the new prints (describe).  Prior to the exhibition, a new book conceived by Schütte, titled Watercolors for Robert Walser and Donald Young, is published by Cahiers d’Art and presented at Art Basel 2014 in a wood shed-library designed by the artist. The original model for the shed-library is on display at Cahiers d’Art during the course of the show.  Watercolors for Robert Walser and Donald Young, a 114 page book, pairs a selection of recent watercolors from 2011 and 2012 by Thomas Schütte with a selection of previously unpublished poems written by Robert Walser in Bern between 1924 and 1933. 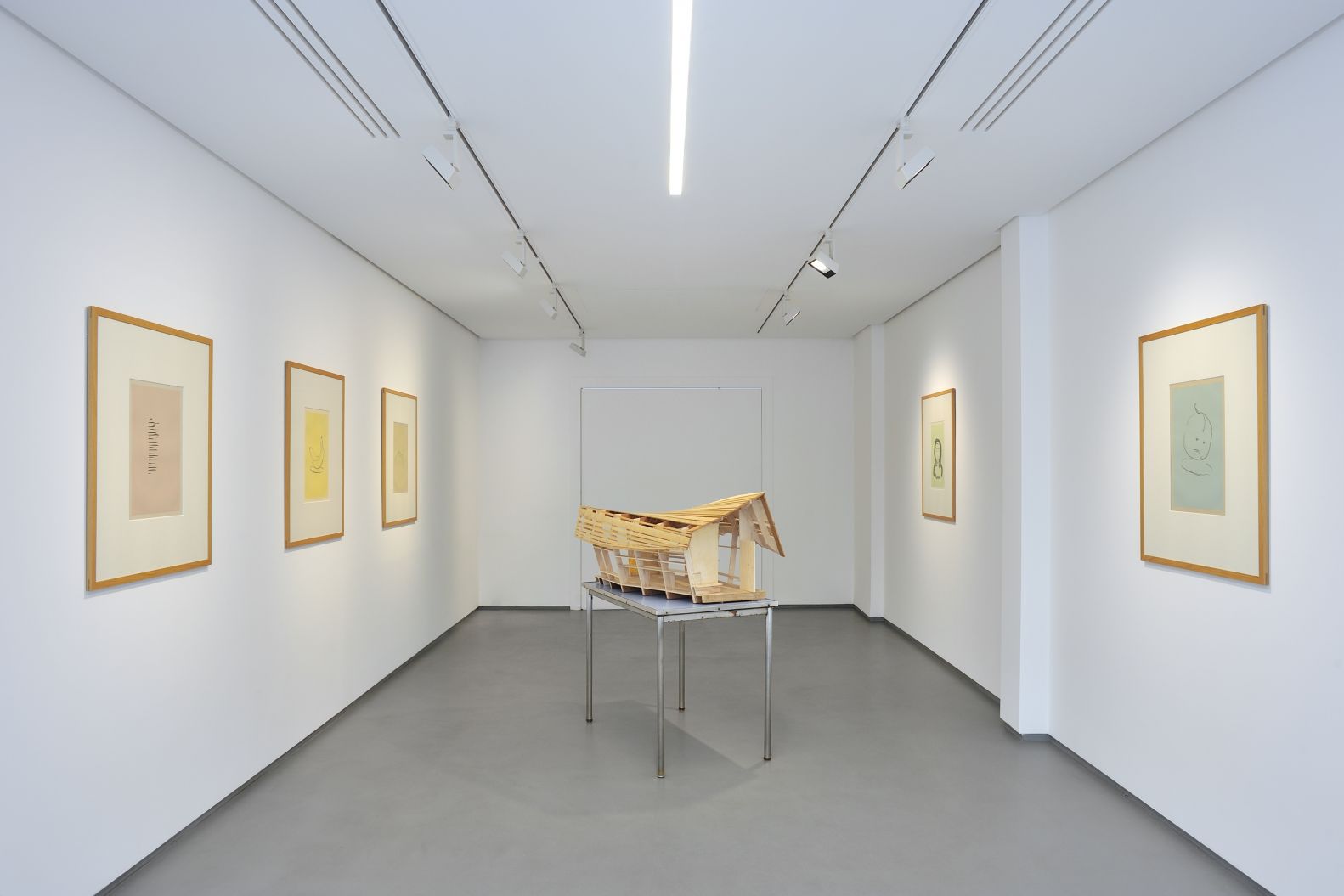 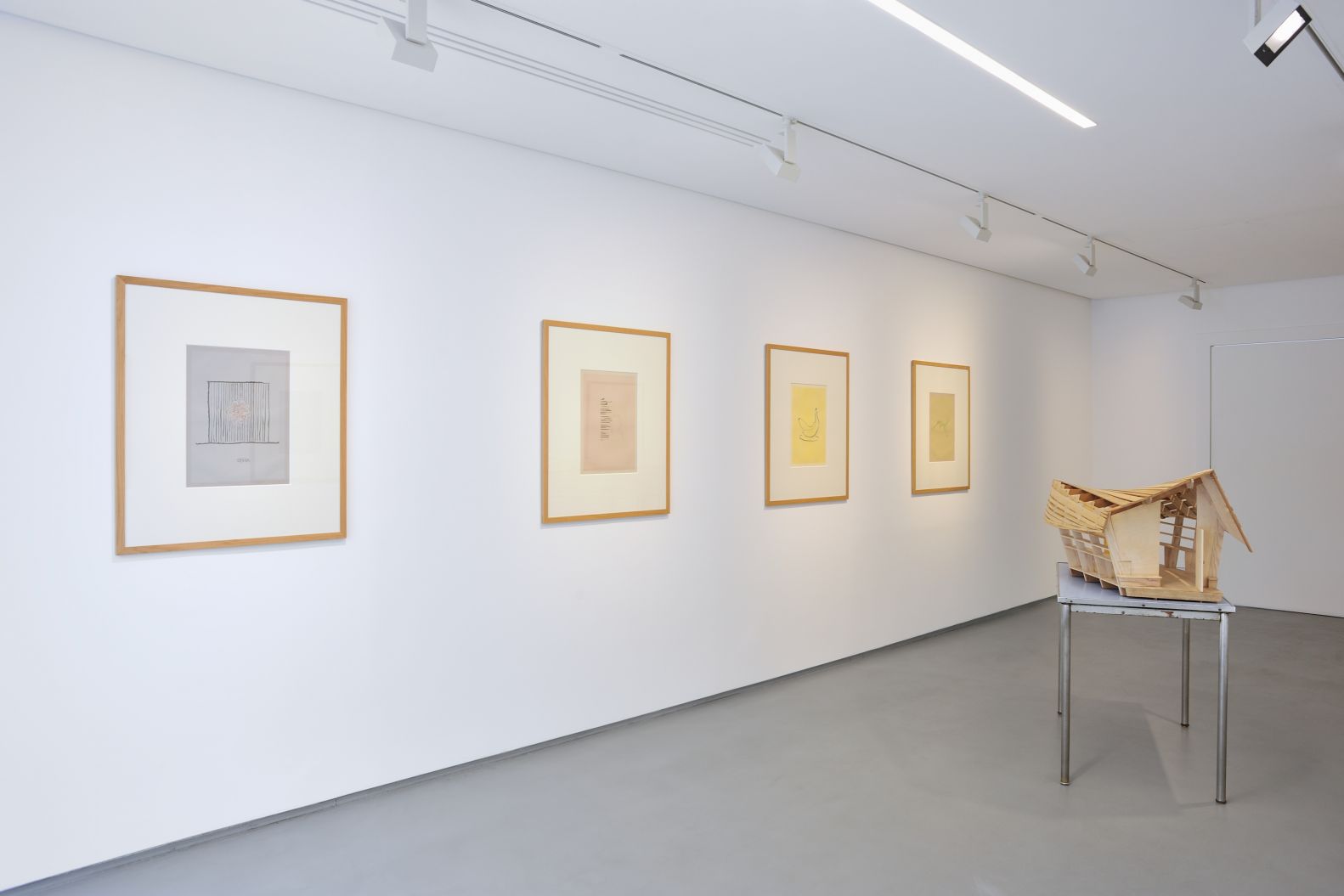 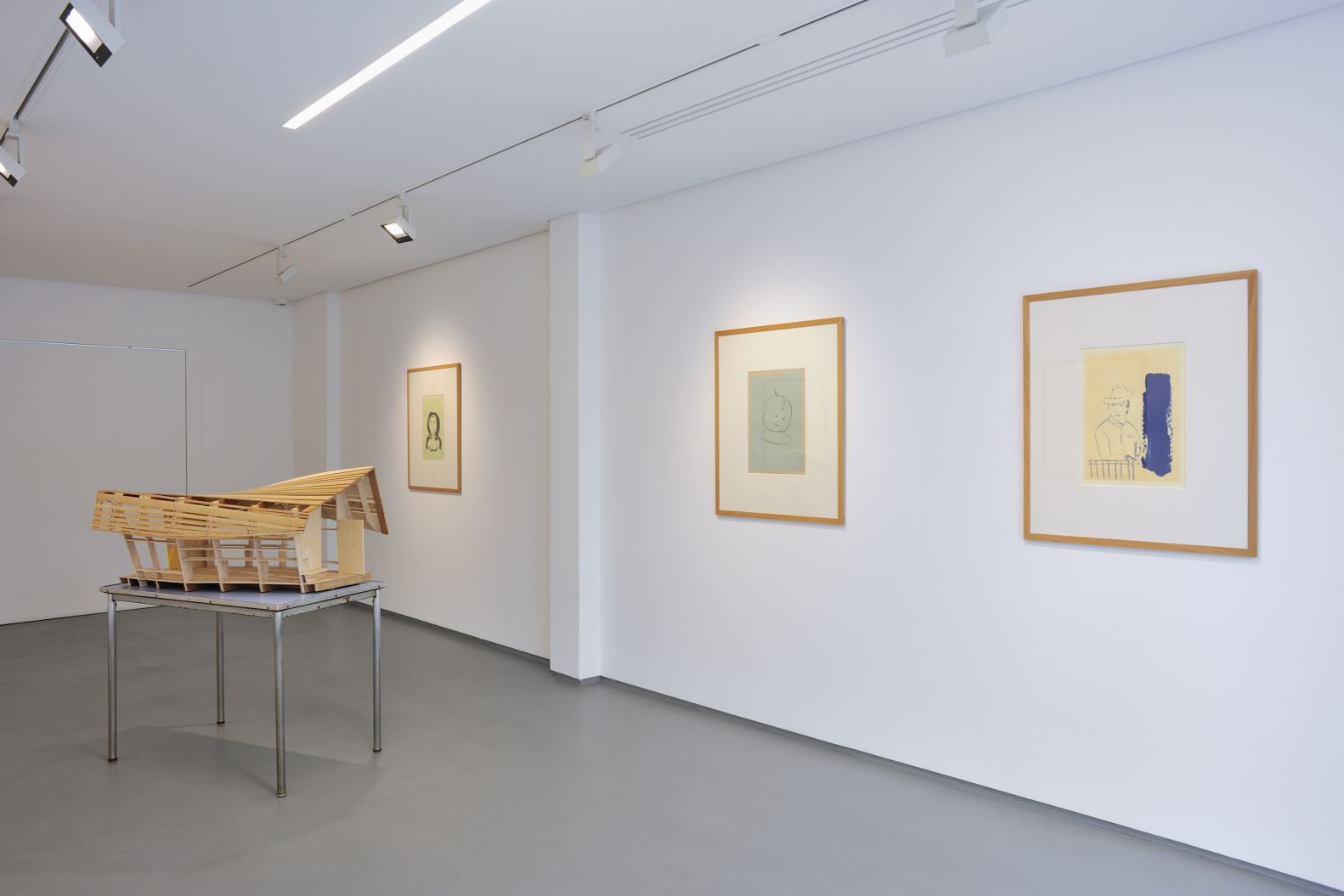