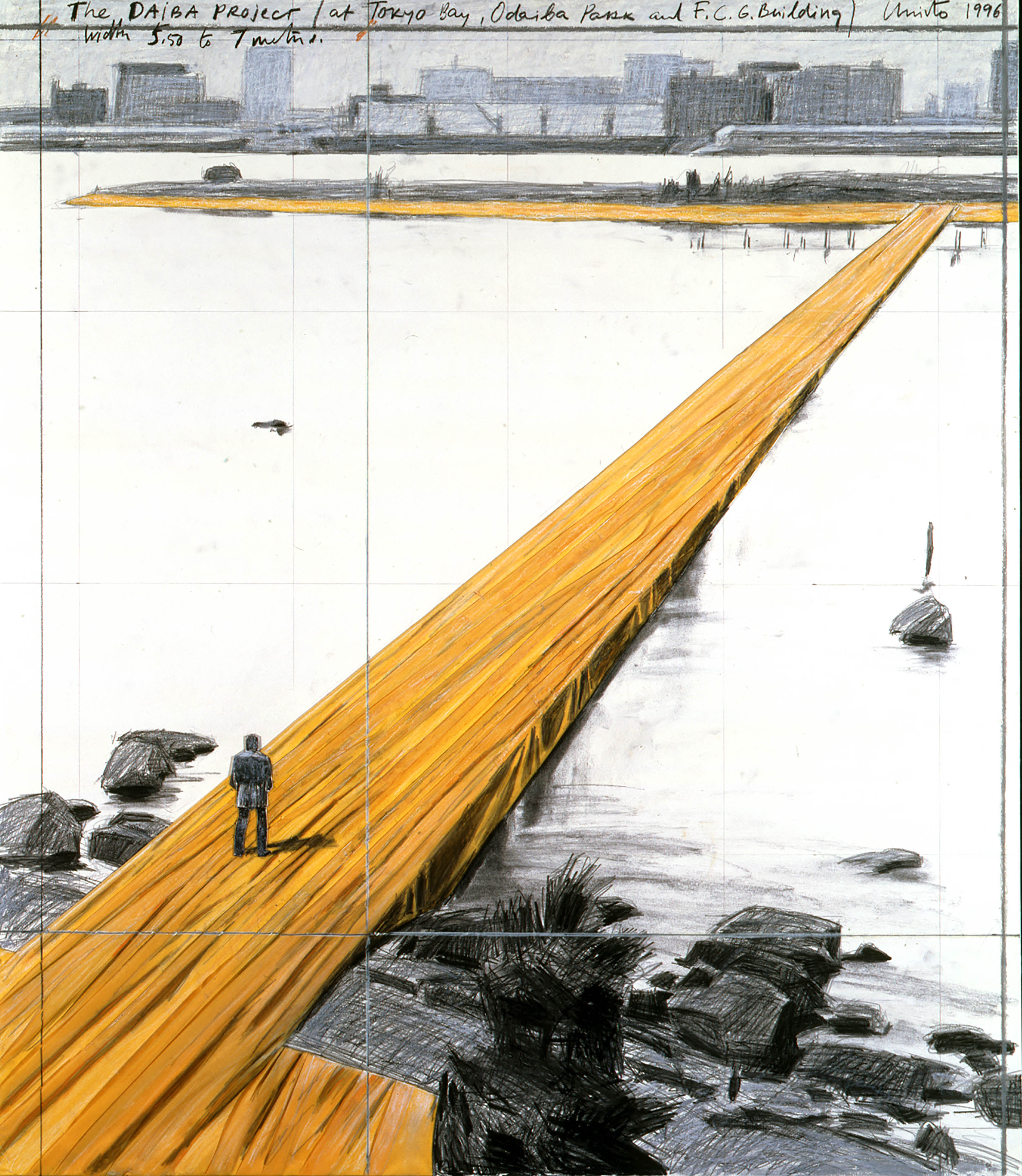 The exhibition is presented at a special offsite location, 27 avenue Matignon, from September 16 to October 5, 2021. Open from 11am to 8pm daily.

Presented together, these early works – Craters, Wrapped Magazines, Packages, and Store Fronts – trace the development in Christo’s creative practice from relief-like surface textures to the appropriation of small-scale everyday objects, until extending his vision to the surrounding space.

Alongside these works, there are preparatory studies, drawings, collages, and scale models of both unrealized and soon-to-be-realized projects, on which Christo and Jeanne-Claude worked throughout their lives. Among those in focus are two projects for Paris, Wrapped Trees, Avenue des Champs-Elysées (1969, not realized) and Pont Alexander III, Wrapped (1972–73, not realized); The Daiba Project at Tokyo Bay, Odaiba Park (1996, not realized); Over the River, Project for the Arkansas River, Colorado (1992, canceled in 2017); and The Abu Dhabi Mastaba in Abu Dhabi (1977–in progress), which will be Christo and Jeanne-Claude’s only permanent large-scale work.

Christo was born on June 13, 1935, in Gabrovo, Bulgaria. He left Bulgaria in 1956 for Prague, Czechoslovakia, and escaped to Vienna, Austria, in 1957, before moving to Geneva, Switzerland. In 1958, Christo went to Paris, where he met Jeanne-Claude Denat de Guillebon, who became not only his wife, but also his life partner in the creation of monumental environmental works of art. Jeanne-Claude passed away on November 18, 2009. Christo passed away on May 31, 2020, at the home and studio he shared with Jeanne-Claude in New York City since 1964.

Christo: Early Works & Unrealized Projects continues the collaboration between Christo’s Estate and Cahiers d’Art, which began in 2020, with a dedicated issue of the Cahiers d’Art Revue, Show Cases, Show Windows & Store Fronts — 1963–1966, an exhibition curated by the artist himself, presented in conjunction with the long-awaited retrospective at the Centre Pompidou, Christo and Jeanne-Claude – Paris! and the Hommage à l’Étranger series of handprints.

The exhibition is organised with the support of the estate of the artists. Proceeds will benefit both the L’Arc de Triomphe, Wrapped project, and the Christo and Jeanne-Claude Foundation. 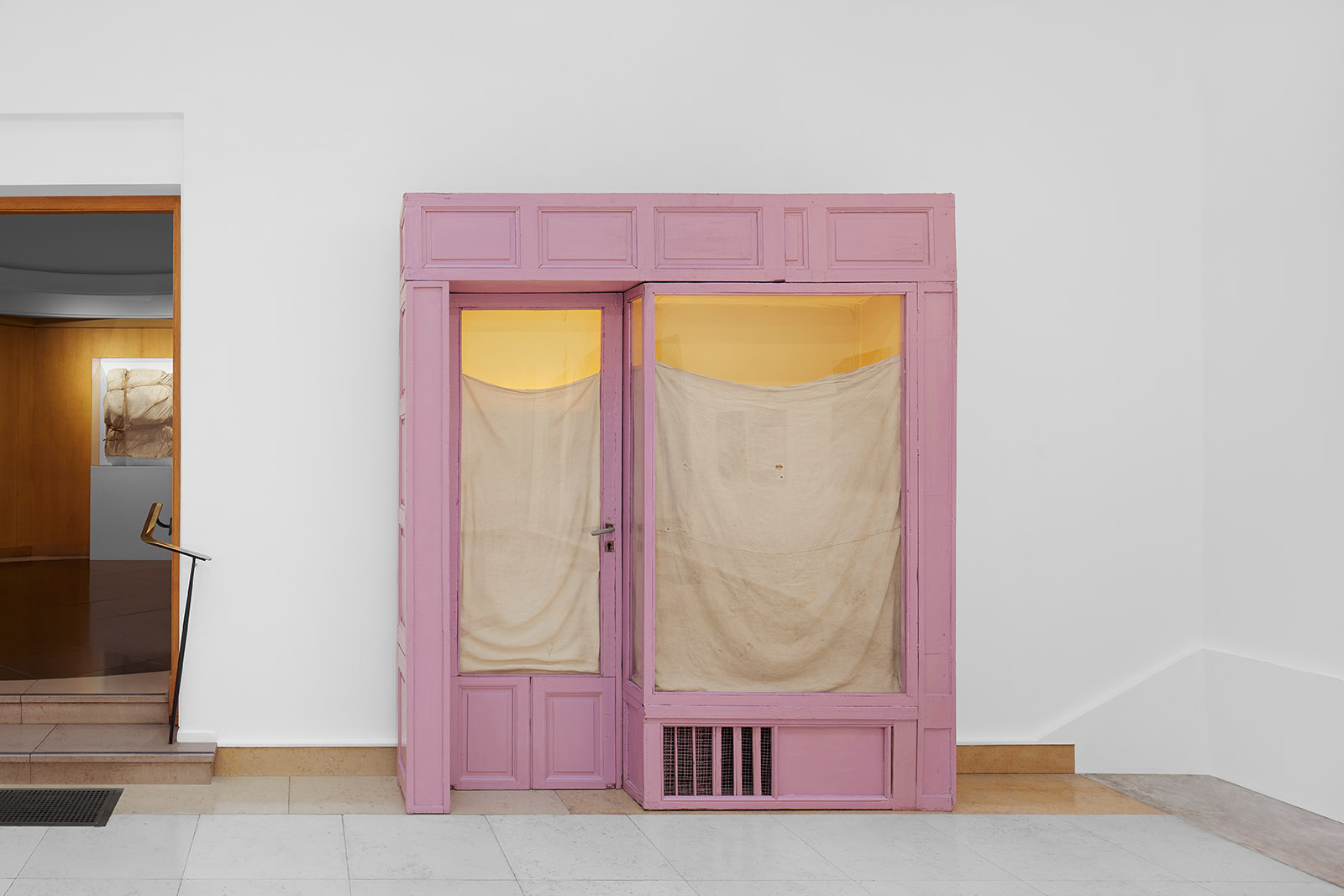 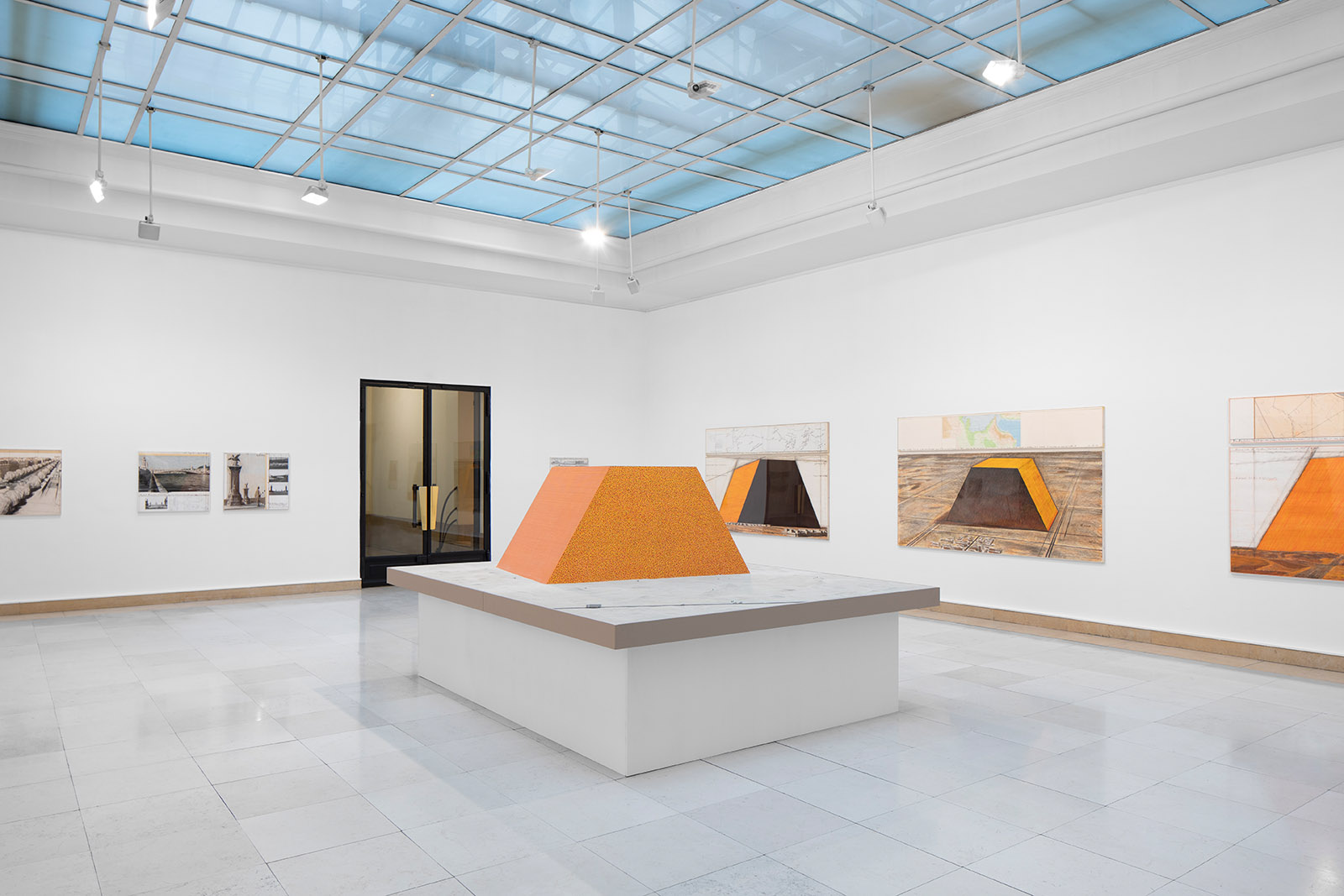 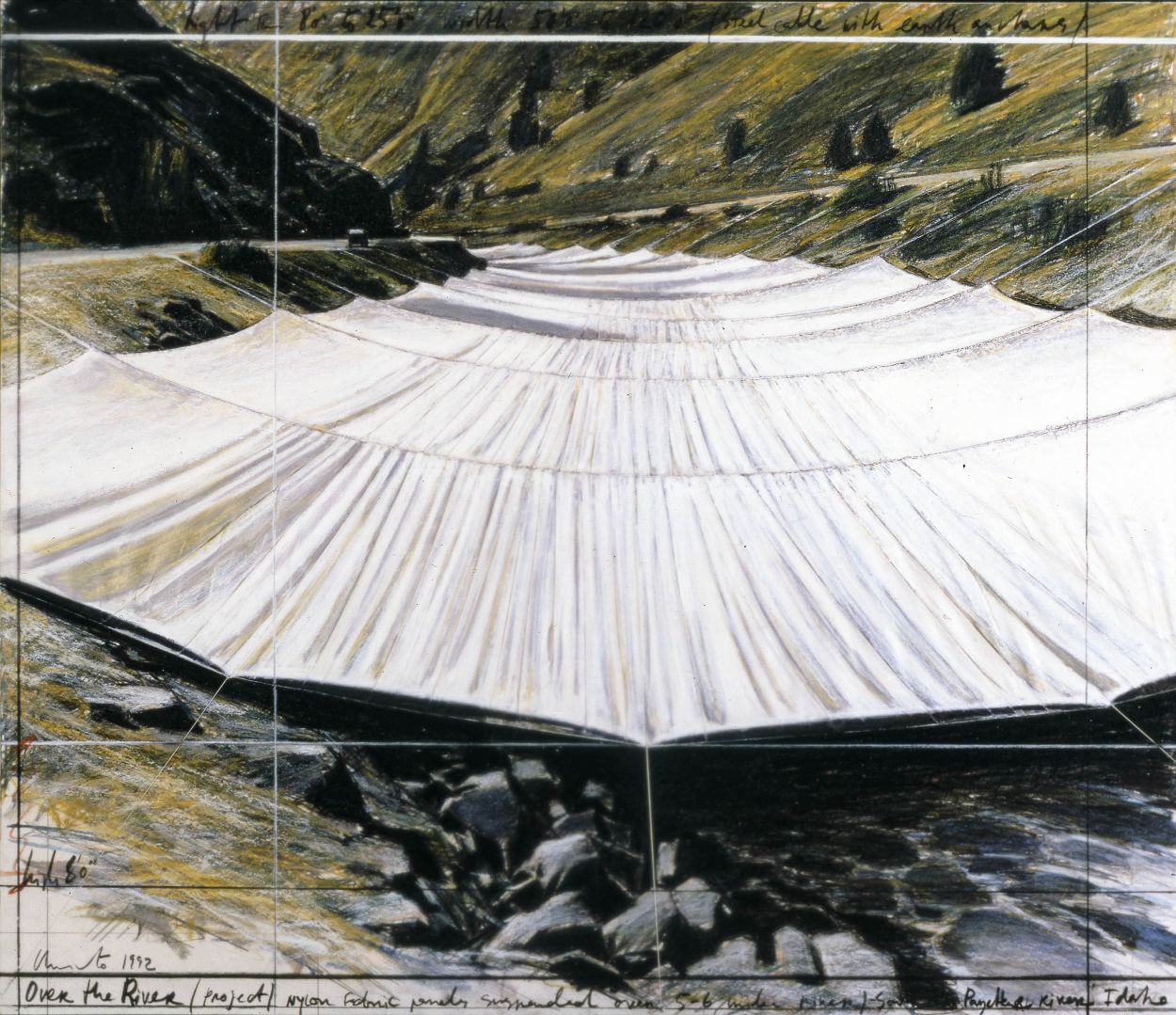 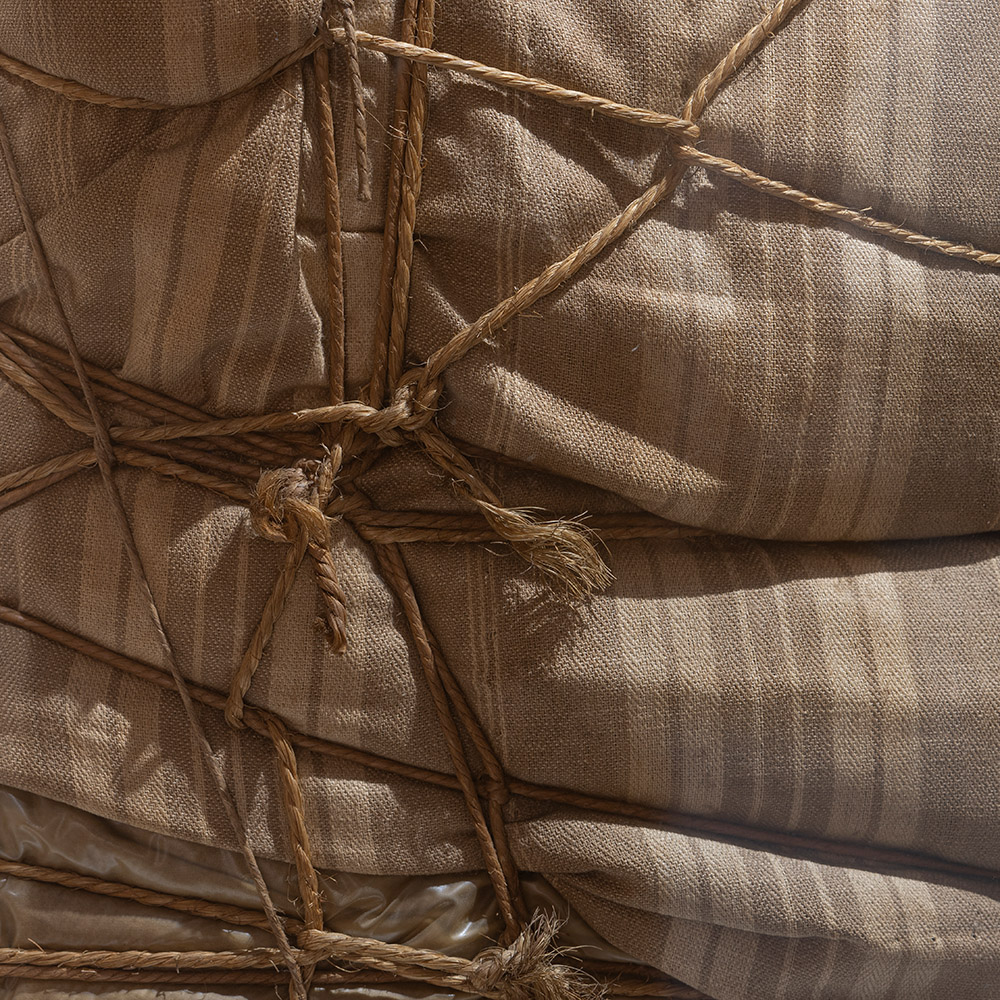 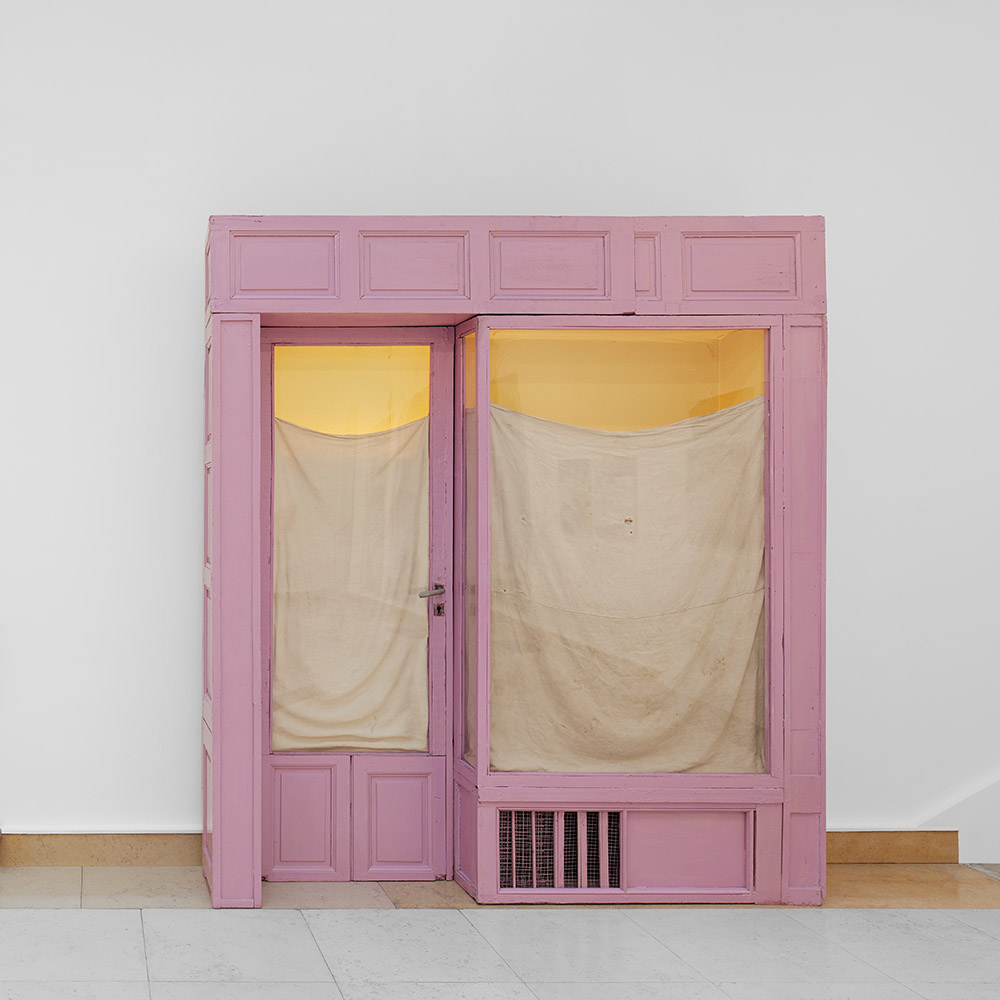 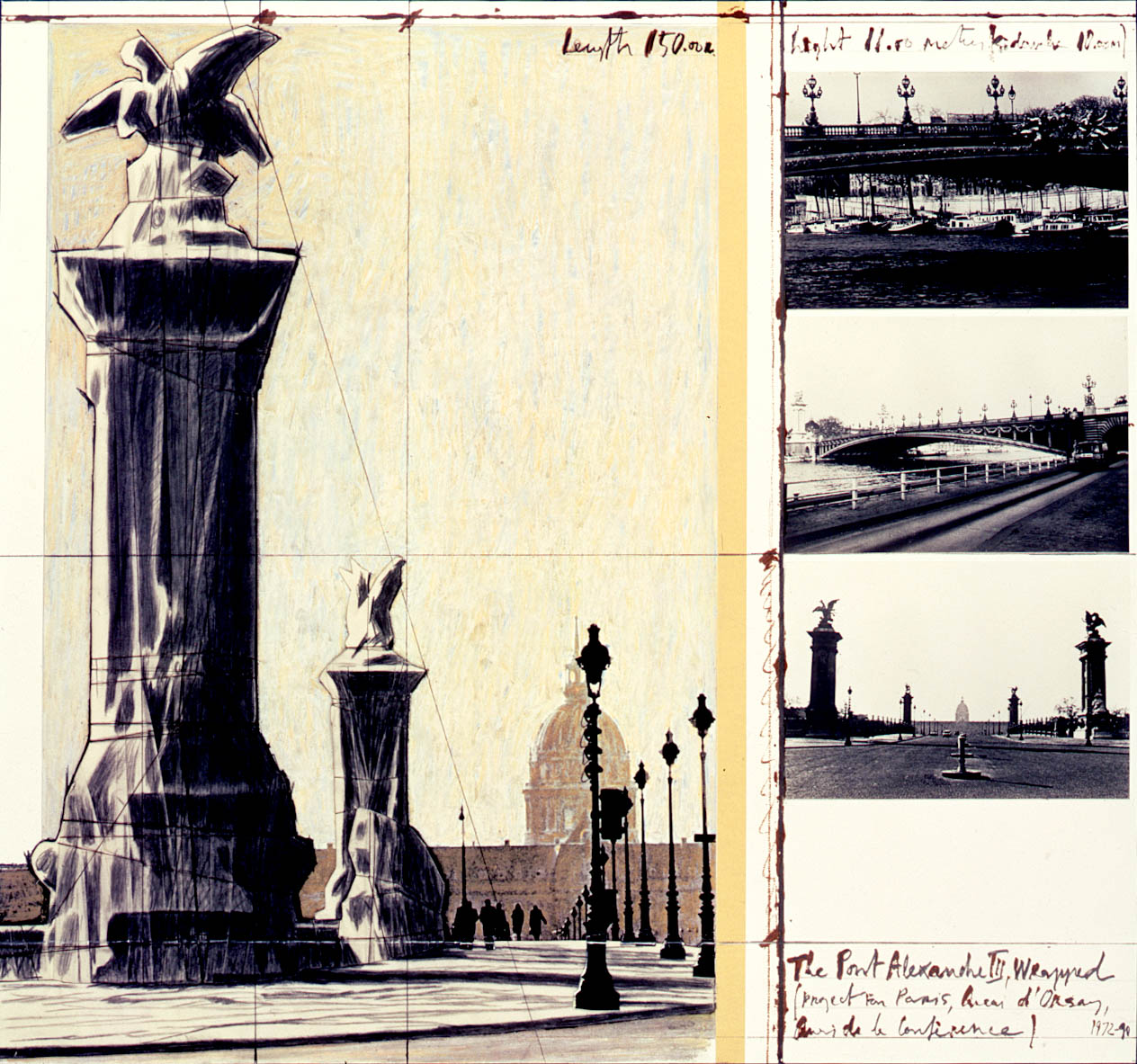 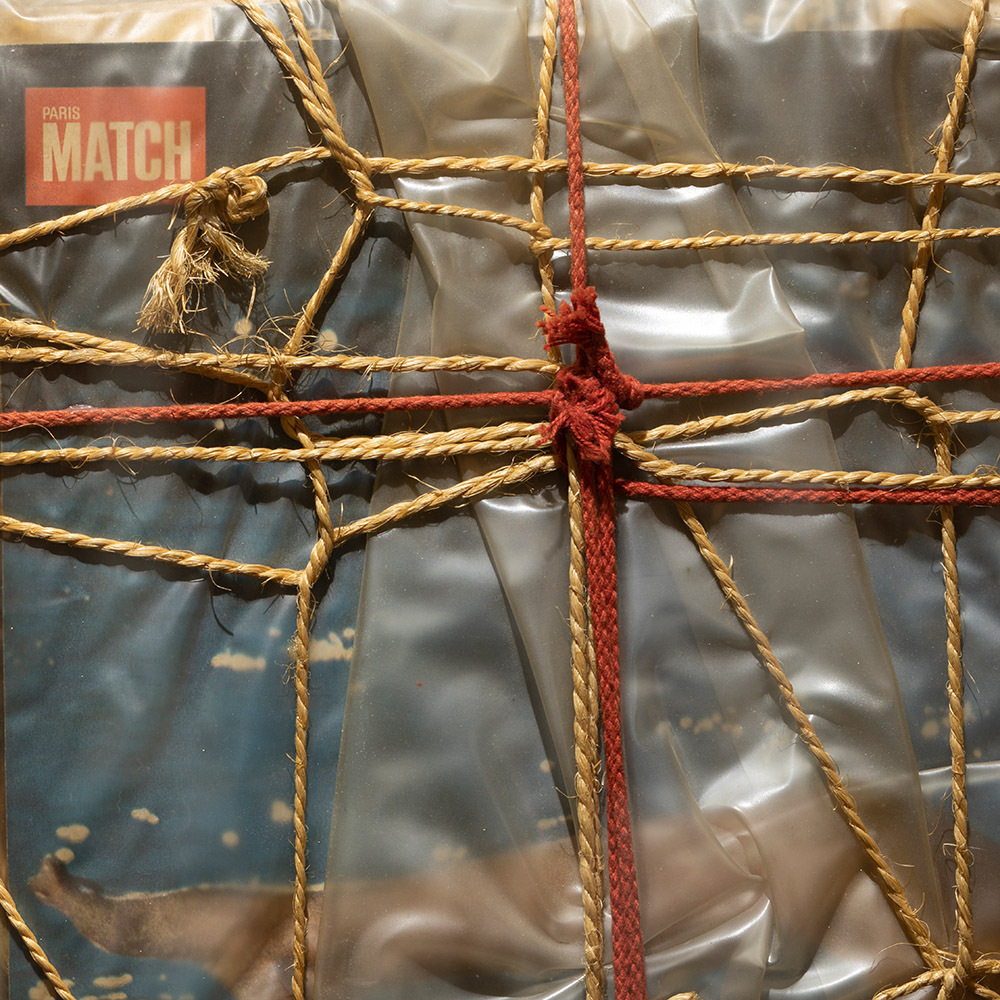 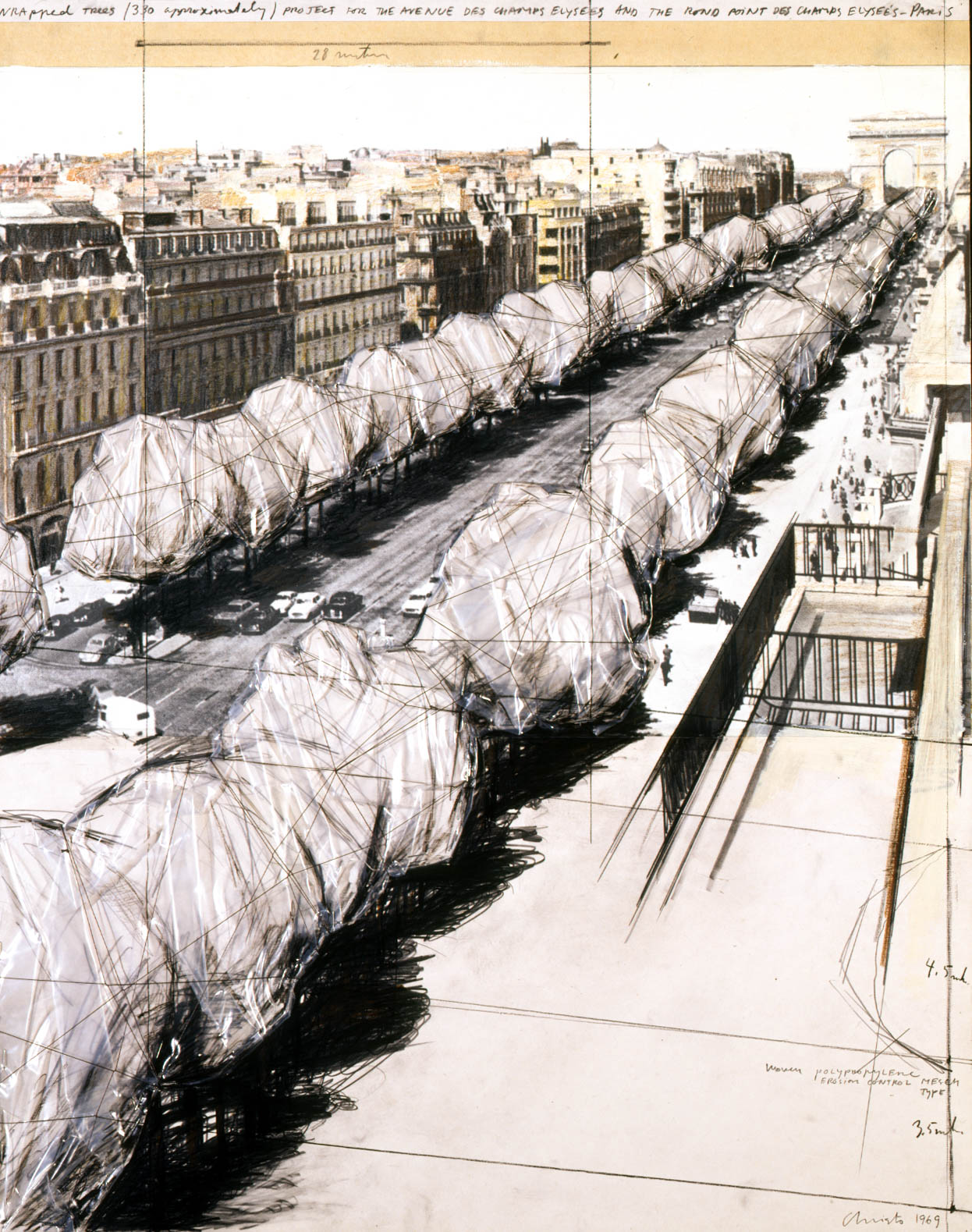