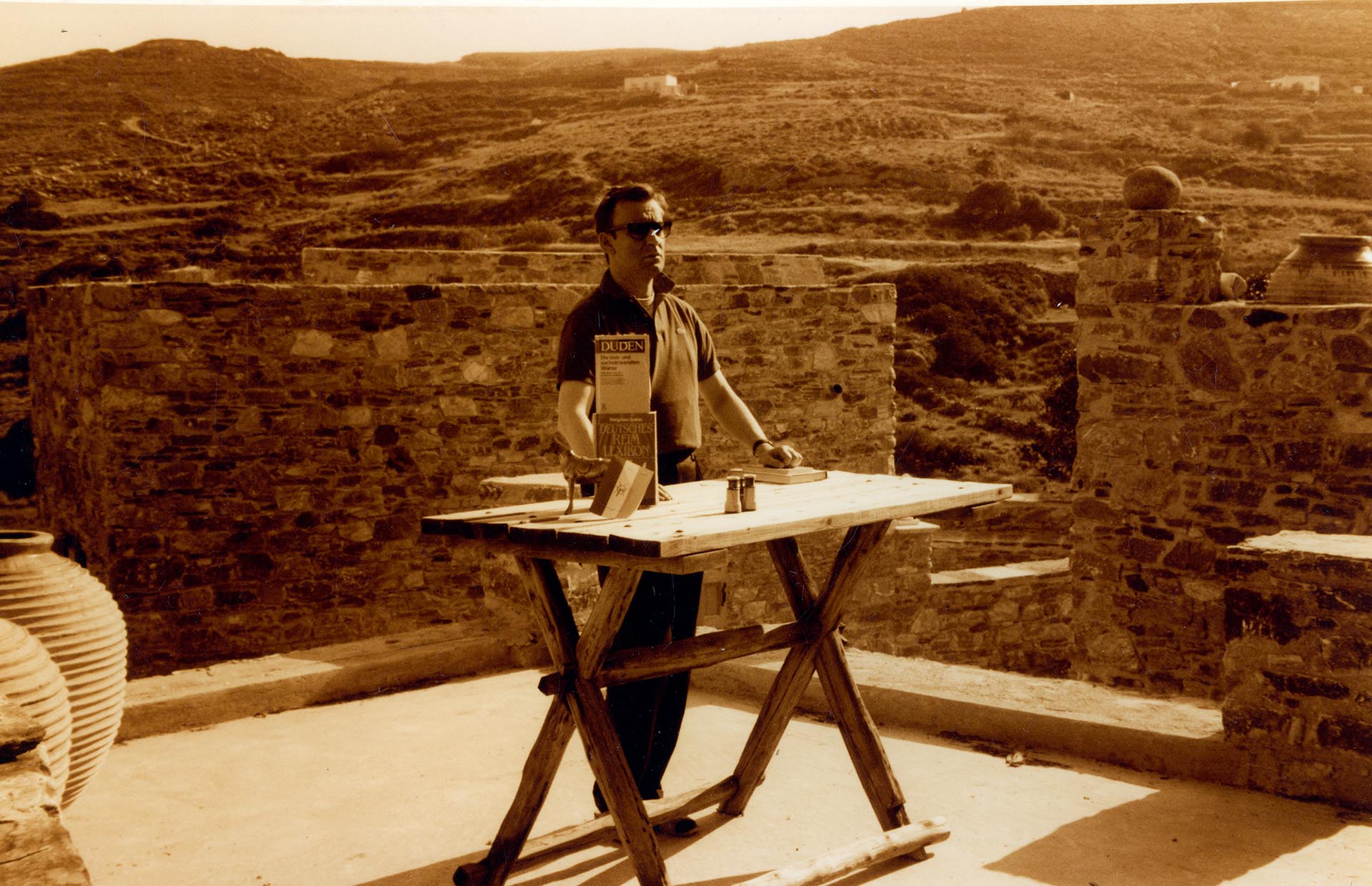 Born on February 25, 1953 in Dortmund, Germany, Martin Kippenberger attended the Hochschule für Bildende Kunst where he was influenced by the work of Sigmar Polke.

He was part of the Cologne art scene and became well known for his provocative and incisive work, his humor, and his larger-than-life persona. Drawing from popular culture, politics, history, art, and his own experience, Kippenberger worked in a wide range of mediums including paintings, sculptures, works on paper, installations, photographs, collaborations with other artists, posters, postcards, books, and music.

He and Candida Höfer were Germany’s representatives at the Venice Biennale in 2003. Kippenberger has been the subject of several solo exhibitions, most importantly the large-scale show “Martin Kippenberger: The Problem of Perspective,” organized by Ann Goldstein at the Museum of Contemporary Art in Los Angeles in 2008, which traveled to the Museum of Modern Art in New York. His works are in the collections of the Tate Gallery in London, the Hirshhorn Museum and Sculpture Garden in Washington, D.C., the Centre Pompidou in Paris, MOCA in Los Angeles, and the Migros Museum in Zurich, among others.  Kippenberger died at the age of 44 on March 7, 1997 from liver cancer in Vienna, Austria.