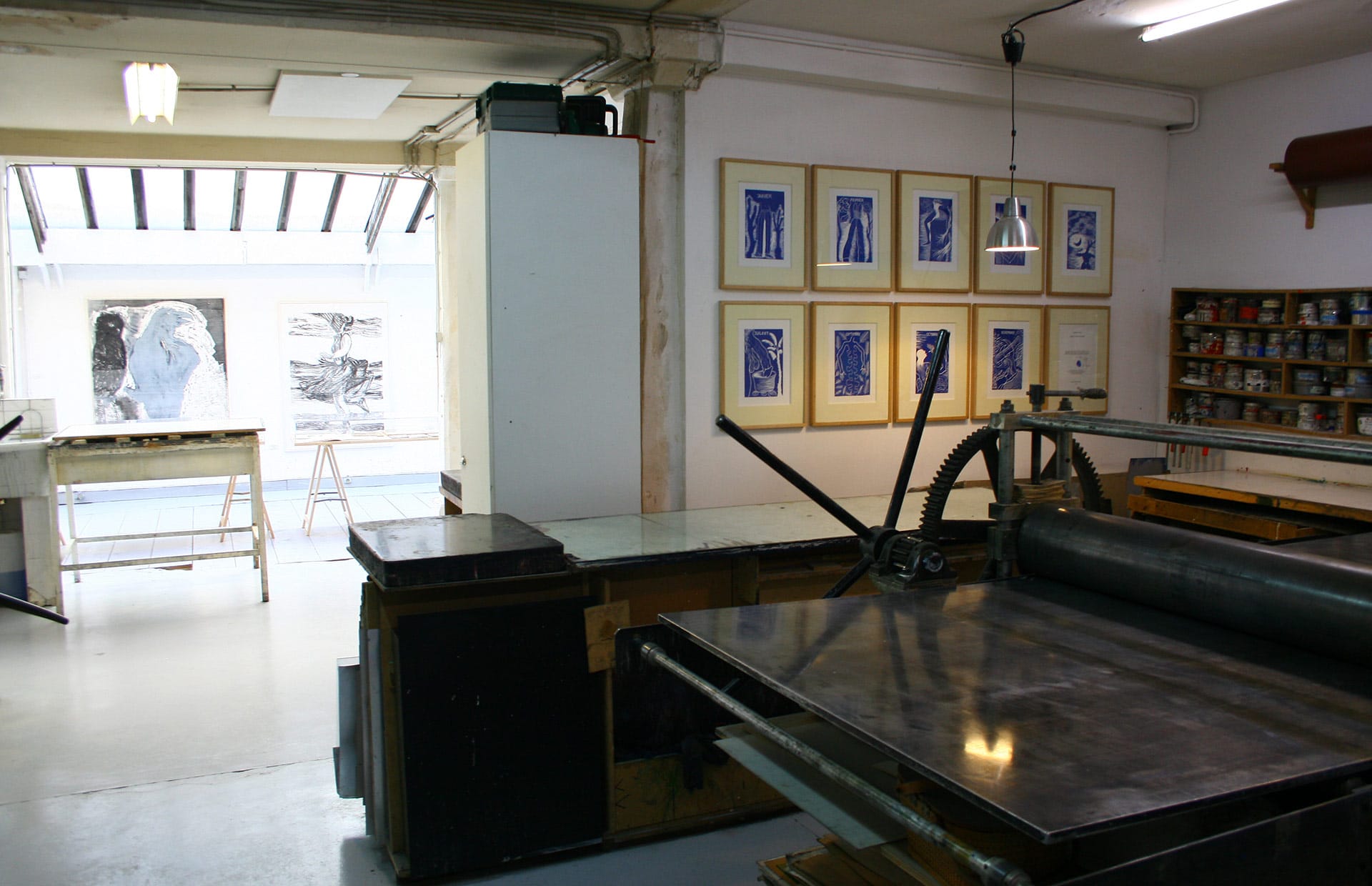 Since 1926, lithographs by Picasso, Miro, Chagall, Léger and Masson have been specially published by Cahiers d’Art in close collaboration with the artists.

One of the most fruitful collaborations has surely been with the Mourlot Frères workshop, notable for having produced artists such as Matisse, Picasso, Braque, Chagall, Giacometti, Calder, Léger. Since 1997, the Mourlot company has been called Idem, and remains in the same location in the Montparnasse district. Cahiers d’Art renewed its collaboration with Mourlot/Idem in 2012, when the American artist Ellsworth Kelly produced several lithographs on the occasion of the publication of the Cahiers d’Art magazine that same year.

Another important collaboration was made with the preeminent master printer Michael Woolworth, who specializes exclusively in printing techniques on hand presses. Together, Cahiers d’Art and Michael Woolworth have produced several recent co-editions: a series of exceptional steel engravings by Lee Ufan in 2019, and superlative lithographs by Lucas Arruda in 2018.