Ellsworth Kelly is one of the greatest artists to have marked both the history of 20th century art and the renaissance of Cahiers d’Art.

The publishing house has indeed reopened in 2012 with an exhibition of his works in its galleries in Saint Germain des Prés. The first magazine published after 52 years of interruption was dedicated to Kelly, with a cover made by the artist. The 2012 exhibition showed, exceptional pieces from his collection of birdstones, prehistoric copper shields, and artist’s prints. A Kelly tribute exhibition was also held in 2016, after Kelly’s death in 2015. It showed reference publications and lithographs illustrating the close links between the artist and the publishing house. In 2019, Cahiers d’Art paid a final tribute to him through an exhibition entitled Windows, produced in collaboration with the Ellsworth Kelly Foundation and the Matthew Marks Gallery. On this occasion, Cahiers d’Art published a book devoted to the artist in co-edition with the Centre Pompidou, bringing together for the first time the six “Windows” created by Kelly during his stay in France between 1949 and 1950.

At the same time, Cahiers d’Art launched, with the Ellsworth Kelly and Yve-Alain Bois Foundation, the publication of a catalogue raisonné of paintings, reliefs and sculptures. The first volume, which covers the years 1940-1953, was hailed by the Pierre Daix Prize 2015. The second volume is scheduled for publication in 2020.

Ellsworth Kelly has always had a special relationship with France. After serving as a soldier in the liberation of the country at the end of the Second World War, Kelly returned to France from 1948 to 1954, and then returned there regularly throughout his life. In France, he met Picasso, Calder, Brancusi, Arp. He discovered the works of Matisse, Monet and geometric abstraction which would influence his painting, particularly in his quest for balance and intensity of feeling.

Ellsworth Kelly’s emphasis on pure form and color and his impulse to suppress gesture in favor of the creation of spatial unity played a key role in the development of abstract art. A major influence of Pop Art and Minimalism, Kelly’s best-known works are distinguished by sharply delineated forms painted flat in bright colors, like Colors for a Large Wall for example (1951). His abstract paintings are inspired by the play of light, space and color in the architecture around him. 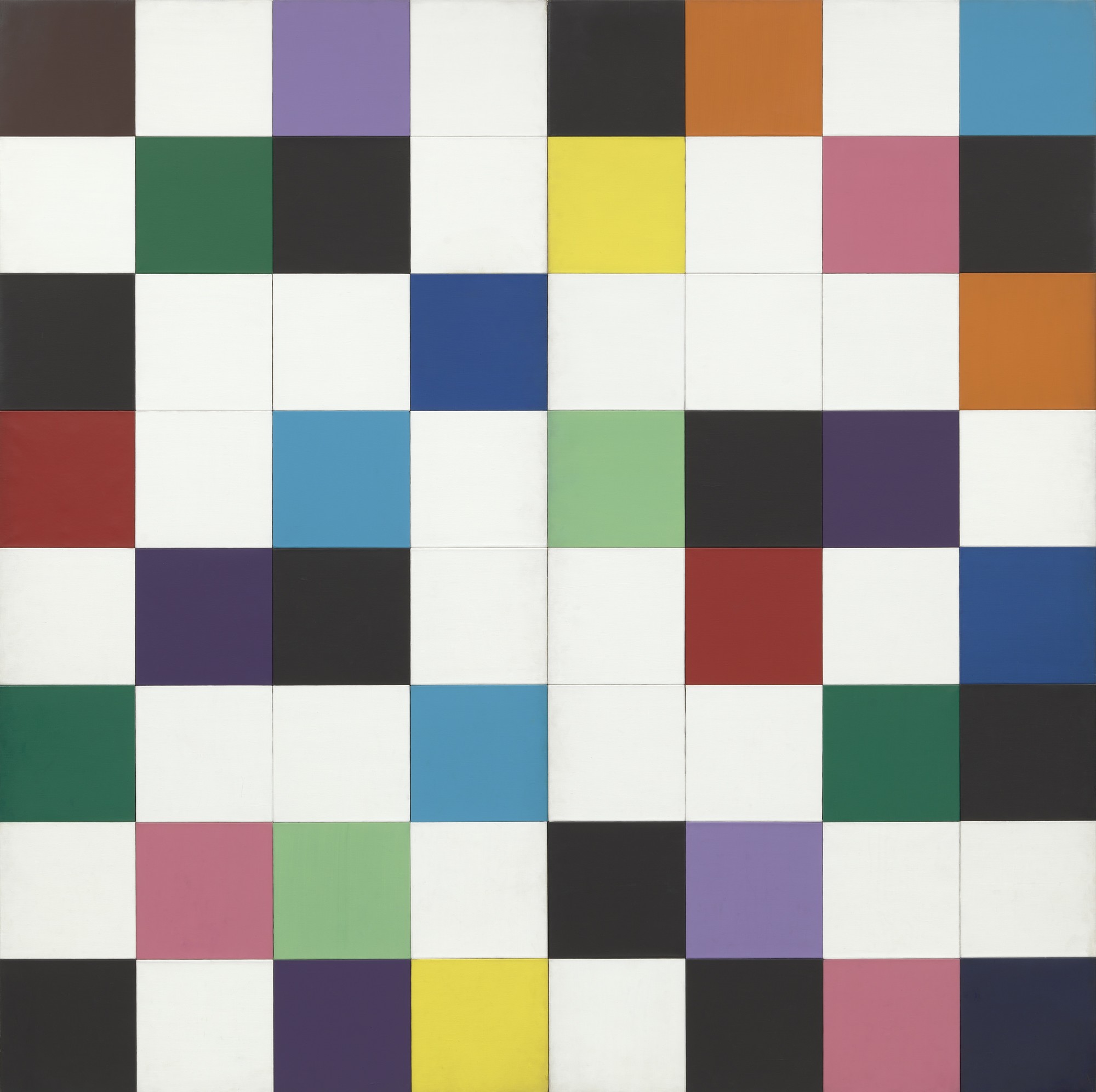 “While extremely diverse throughout the course of his long career, Ellsworth Kelly’s body of work remains perfectly coherent. Early on, since his time spent in Paris (1948-1954), he rebelled against the then fashionable cult of personal expression and established a number of anti-subjective strategies, allowing him to avoid constructing and imposing his own self (chance, transfer, modular grid, monochrome, unique form, harmony of figure and field). This arsenal of possibilities which he explored patiently and in a very intuitive way throughout his life, will be his Ariadne’s thread, the secret to his patience, his strength and his optimism. Ellsworth Kelly was the last happy modernist.” 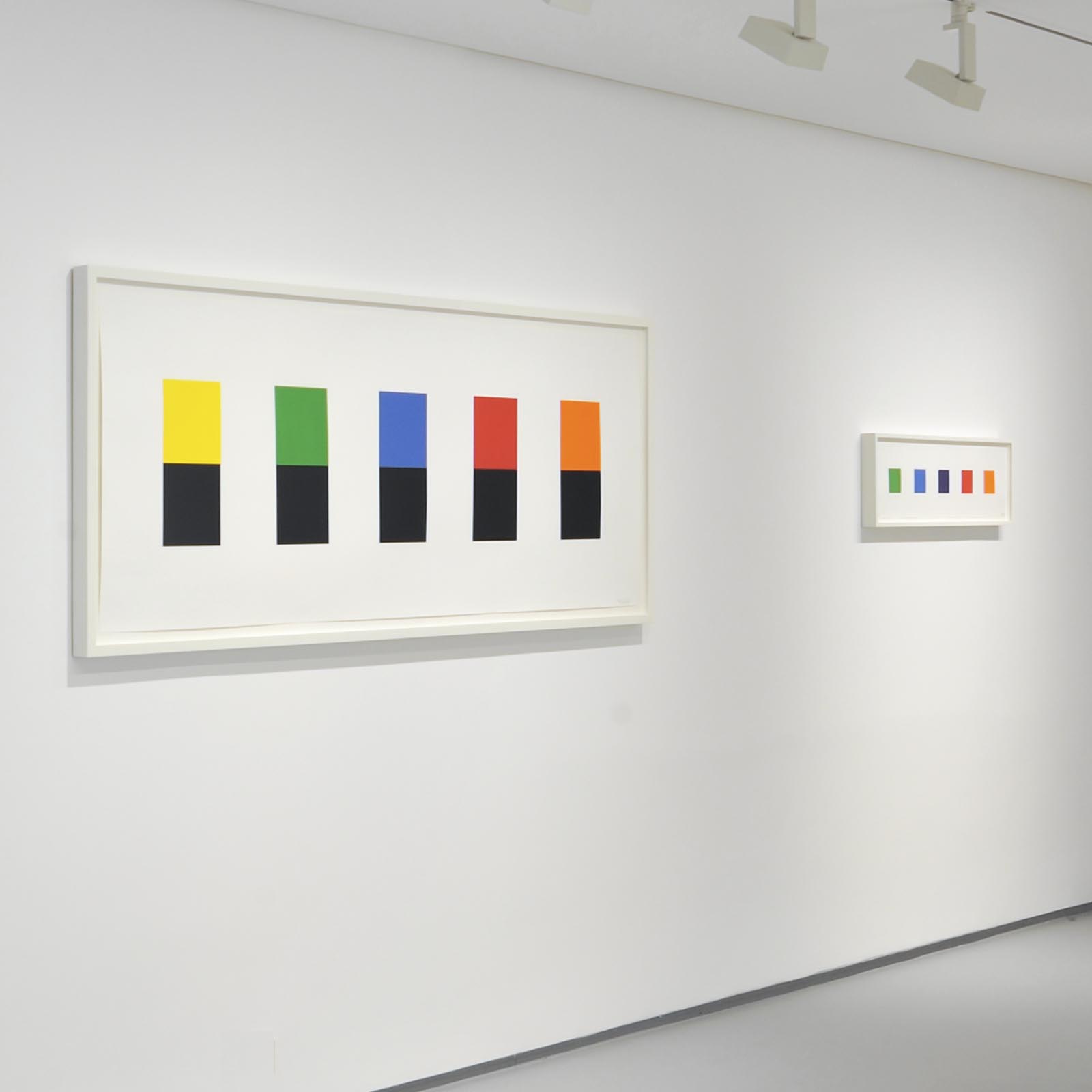 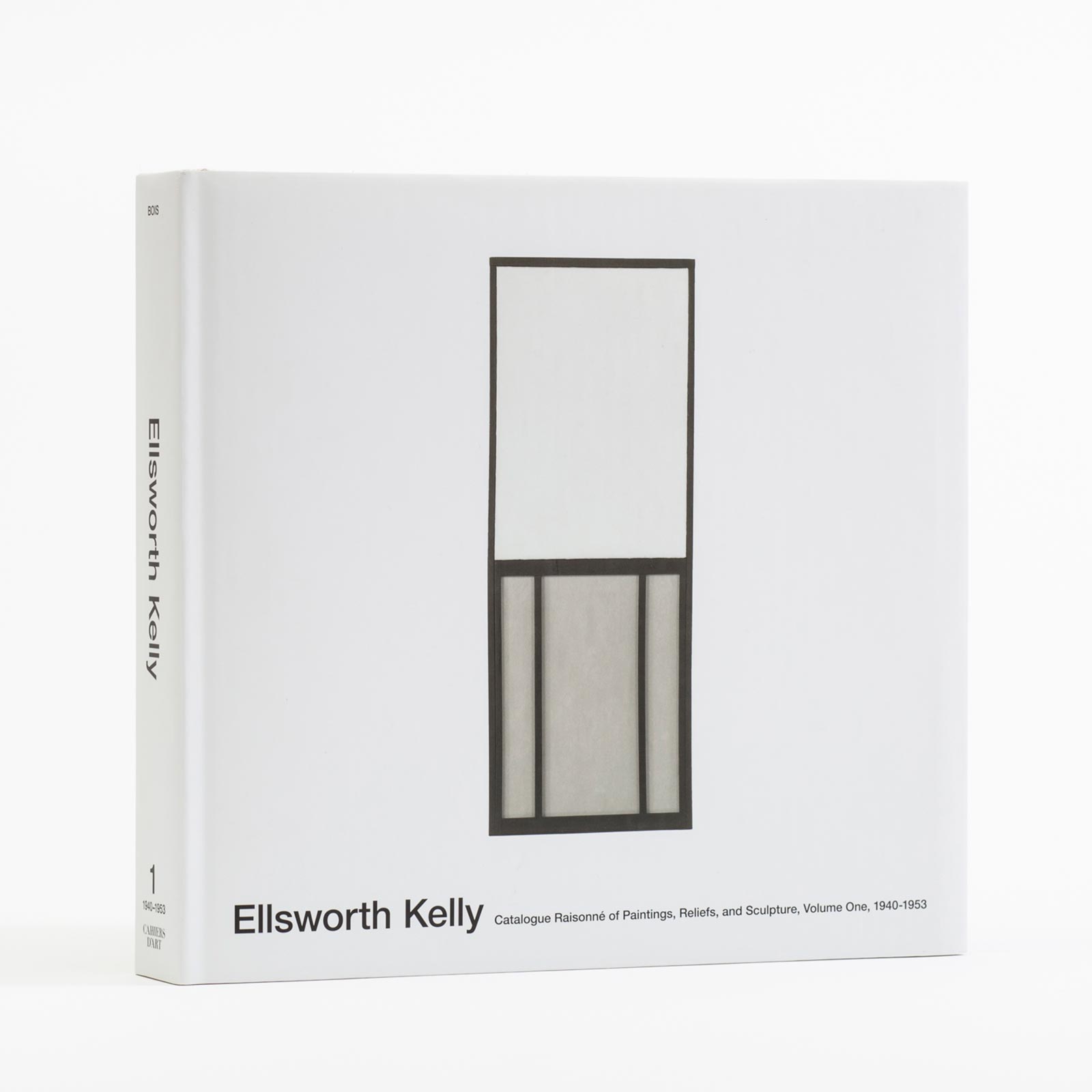 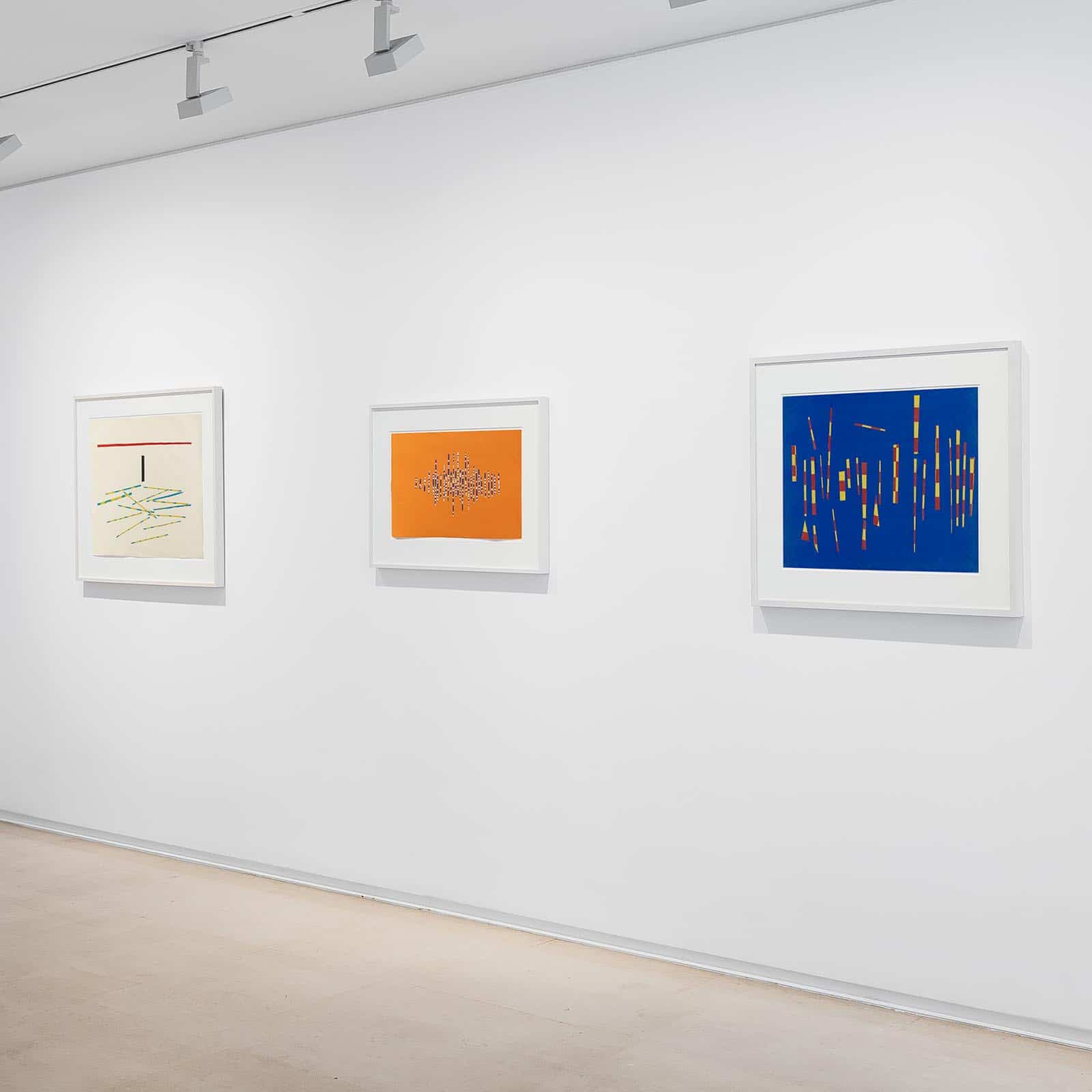 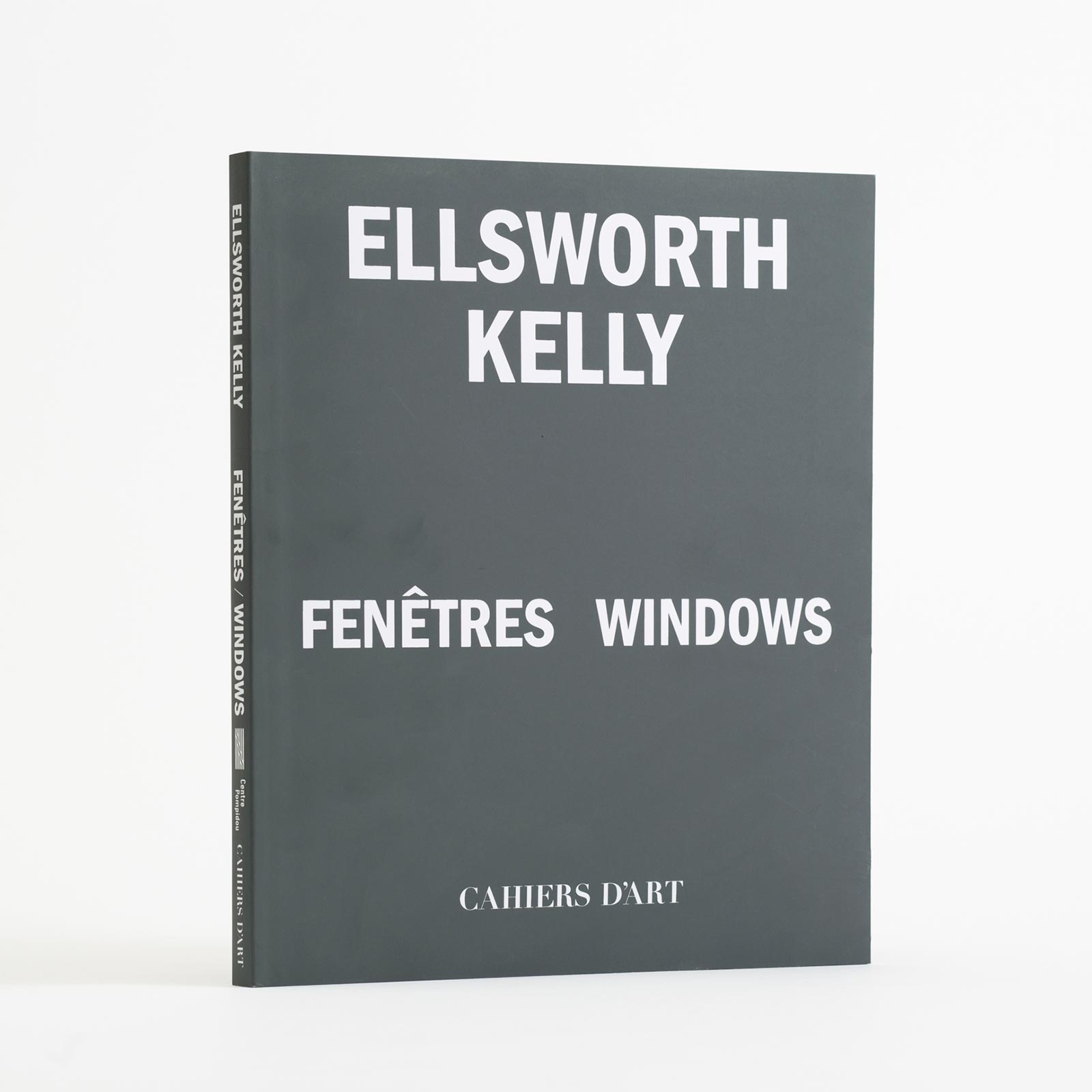 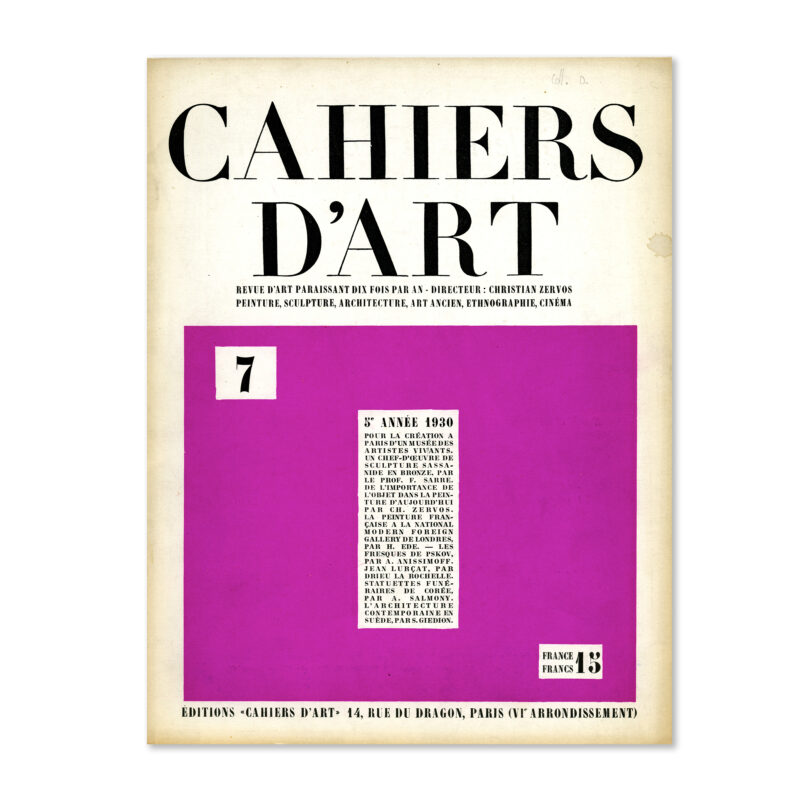 220.00 € Add to Cart
We use cookies on our website to give you the most relevant experience by remembering your preferences and repeat visits. By clicking “Accept All”, you consent to the use of ALL the cookies. However, you may visit "Cookie Settings" to provide a controlled consent.
Cookie SettingsAccept All
Manage consent